Reliquiæ Baxterianæ: or, Mr. Richard Baxter’s Narrative of the Most Memorable Passages of his Life and Times

London: Printed for T. Parkhurst [and three others]

History is often written by the winners, but unfortunately the Puritan pastor and author Richard Baxter (1615-1691) was always on the losing side. Baxter was involved in negotiations for a religious settlement during the 1650s and 1660s, a time when England was faced with a constitutional and religious upheaval. He wrote notes to explain what went wrong in 17th century England: who was to blame and specifically that it was not him. He was adamant about this for posterity’s sake. He wrote: ‘only in faithfulness Historically to relate things as indeed they were’ (see §49 in Sylvester's Baxterianae). Matthew Sylvester (c.1636-1708) was Baxter’s literary executor, and he compiled Baxter’s autobiographical narrative of some 645,000 words. Reliquiae Baxterianae challenged the prevailing view that the Puritans were to blame for England’s Civil War. I am part of a team of editors who are now preparing a critical edition of Reliquiae Baxterianae. While I cannot miss the element of self-justification, Baxter’s account of 17th century England is one that historians should take very seriously indeed. Baxter claims that he and his colleagues should not be blamed; I think he is basically right.
(Chosen by Associate Professor Tim Cooper, Department of Theology and Religion, Otago)

Matthew Sylvester, “Reliquiæ Baxterianæ: or, Mr. Richard Baxter’s Narrative of the Most Memorable Passages of his Life and Times,” ourheritage.ac.nz | OUR Heritage, accessed February 8, 2023, https://otago.ourheritage.ac.nz/items/show/9926. 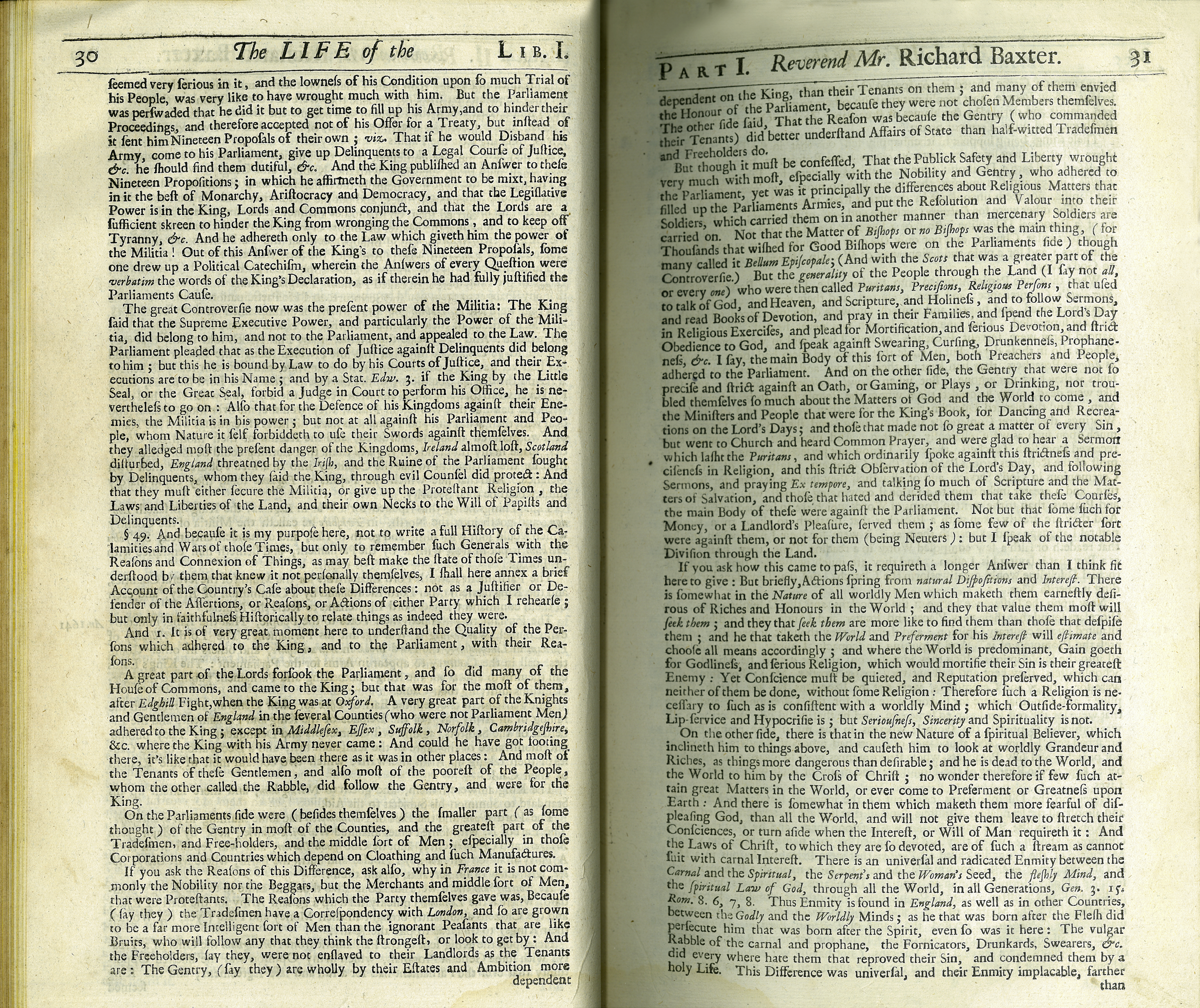