Health for the Māori: A Manual for Use in Native Schools

The rapid demise of the Māori population was regularly predicted by many 19th century settlers. James H. Pope (1837-1913), the first Inspector of Native Schools, had a much more optimistic outlook. In this little book, first published in 1884, Pope expressed the belief that if Māori learned the best Pākehā health practices, they would not only survive, but also thrive. While the English version was produced for children, Pope also produced a version in Māori for parents entitled Te Ora mo te Maori (1884). My research suggests that this book became a ‘bible’ for health reformers such as Sir Apirana Ngata and Rēweti Kōhere. In effect, Pope provided a guide to new ways of living in the changing environment that Māori faced. This book was embraced as a guide by members of the Young Māori Party, the Kotahitanga (the Maori Parliament) in the late 19th century, and by the religious leader Tahupōtiki Wiremu Rātana in 1918.
(Chosen by Professor Barbara Brookes, Department of History and Art History, Otago)

James H. Pope, “Health for the Māori: A Manual for Use in Native Schools,” ourheritage.ac.nz | OUR Heritage, accessed February 8, 2023, https://otago.ourheritage.ac.nz/items/show/9922. 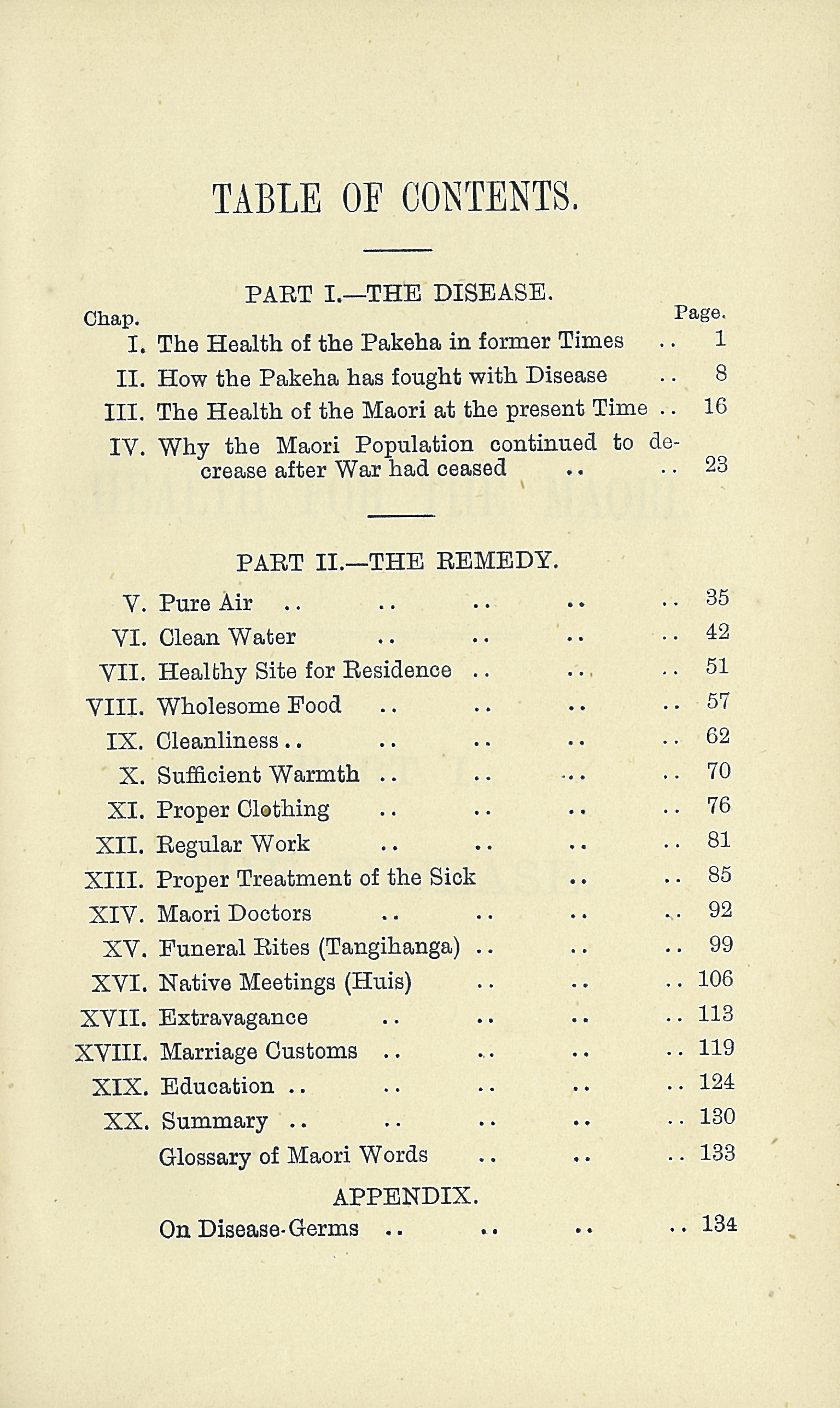