The Dunciad. With Notes Variorum, and the Prolegomena of Scriblerus

The publication of this book represented a tour-de-force of satiric brilliance when Alexander Pope (1688-1744) transformed his 1728 mock-epic poem into a mock-scholarly indictment of his many literary detractors. The page design is one of the most complex layouts ever produced: neither of the modern editions of the poem, the Yale Twickenham edition of 1943 or Valerie Rumbold’s 1999 edition, has been able to reproduce the multiple layers of commentary that give the poem its intellectual depth and satiric ingenuity. Based on the French model of Boileau’s Le Lutrin (1672–1683), this book always provides an impressive example of the talents of hand-press typesetters and highlights the complex bibliographical codes already established among early modern readers. And it derives its comic force from making fun of scholarly pretensions, something that always pleases students.
(Chosen by Dr Shef Rogers, Department of English and Linguistics, Otago)

Alexander Pope, “The Dunciad. With Notes Variorum, and the Prolegomena of Scriblerus,” ourheritage.ac.nz | OUR Heritage, accessed October 2, 2022, https://otago.ourheritage.ac.nz/items/show/9927. 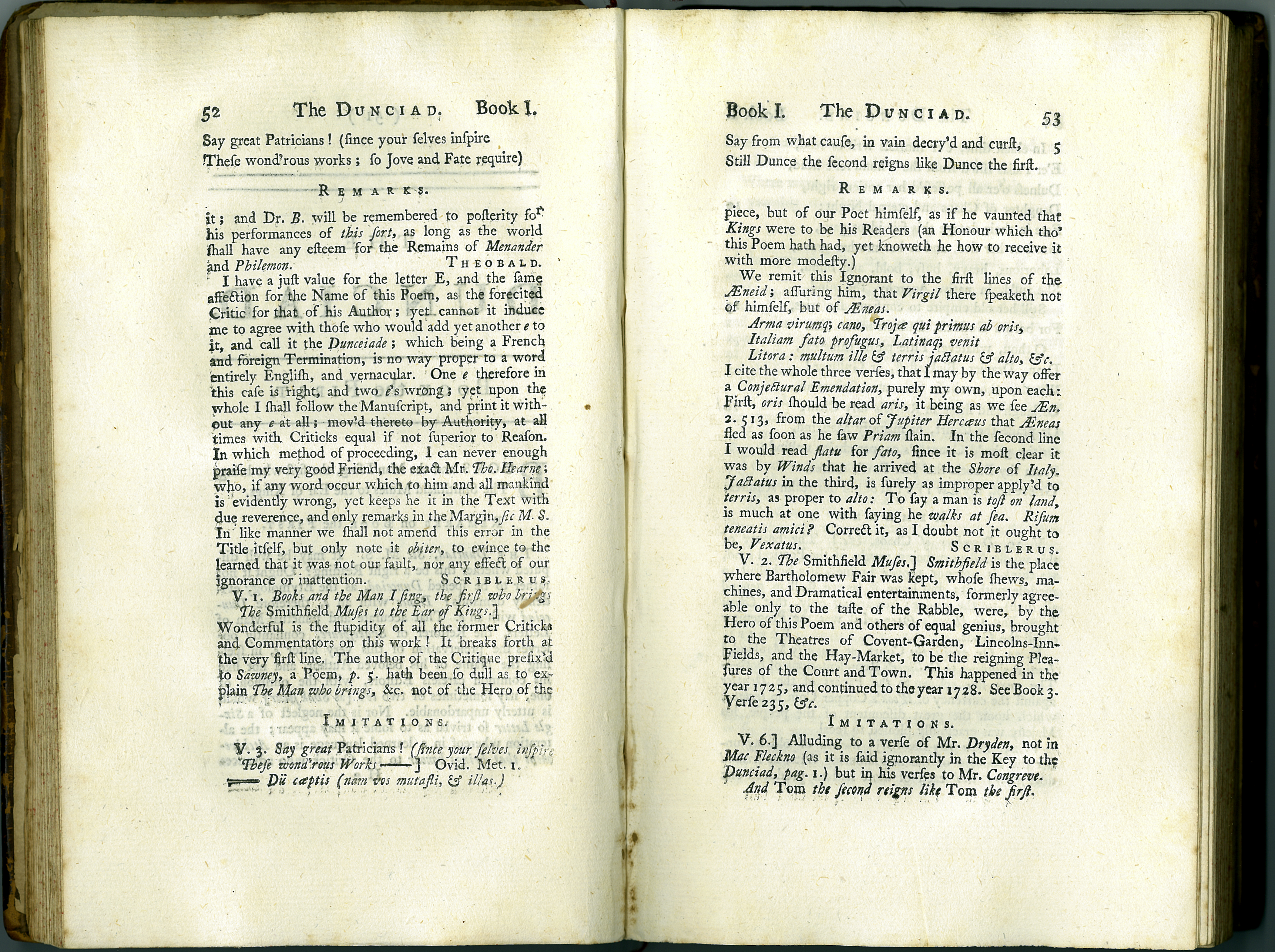