The Poetical Works of John Keats

Charles Brasch wrote that Keats ‘was the first poet I came to know as a person’, and that at age 15 he was ‘deep in his spell’. Brasch’s father asked that his family not give Charles more books of poetry that might ‘encourage harmful tendencies’. Despite this, Charles asked for and received his own ‘complete Keats’ for his 16th birthday in 1925. Surprisingly, that important book is not in his library in Special Collections today, and has been replaced by this 1931 edition. Pencilled flyleaf annotations hint at his close reading. The word ‘essence’ is noted in relation to The Phoenix and the Turtle [by Shakespeare], and twenty-six years later, for a New Statesman competition in 1960, Brasch has captured a different ‘essence’ of Keats’ ‘Ode on a Grecian Urn’ with a summary of it in ten words: ‘Lovers / On jug / Never / Can hug. / – Men not, / Pots not.’ This copy was bought by Brasch in London in 1934.
(Chosen by Alan Roddick, Poet and Charles Brasch's literary executor) 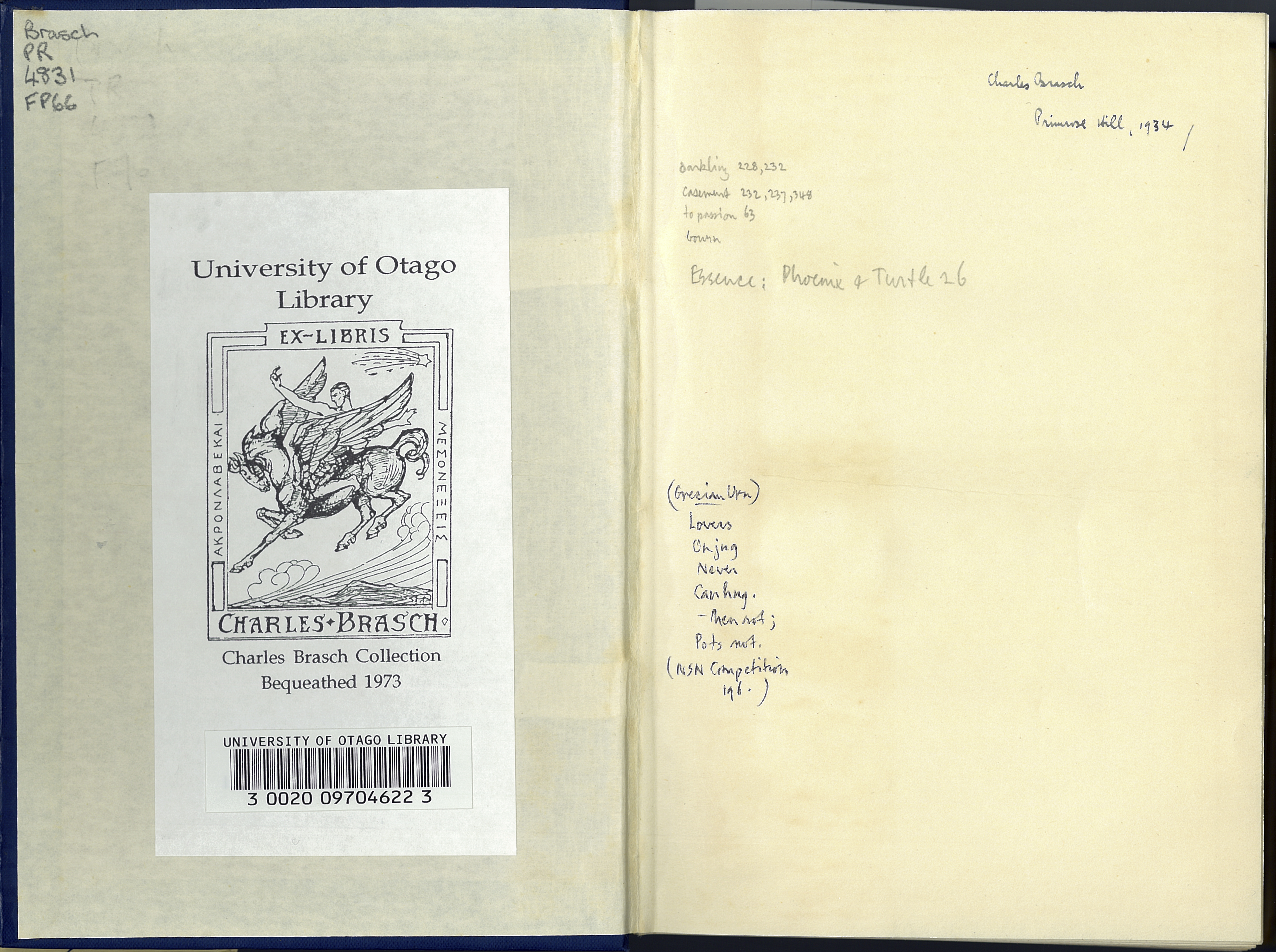