A Collection of Poems: Chiefly Manuscript, and from Living Authors

Joanna Baillie (1762–1851) was a leading Scottish poet and playwright, admired by Byron and Sir Walter Scott. She was also remarkably generous. When a widowed friend fell into financial ruin, Baillie approached her many literary friends for poetic donations: a poem or two that had never been published. Baillie edited the volume, Longman published it. The proceeds went to to her friend and family. This volume is the result. It includes new works from Scott, Wordsworth, and Baillie herself, along with some thirty anonymous poems. Through archival research, I was able to identify Baillie’s unfortunate friend and fourteen of those anonymous contributors – including, somewhat surprisingly, the scientist Humphrey Davy and the astronomer Sir John Herschel. Special Collection’s copy has an unusual, personal touch: a previous owner has created a frontispiece by pasting in an 1873 print of six women writers who were contemporaries of Baillie. None of them (so far as we know) contributed to the volume. My students and I have researched a number of British women writers; many of their works, like this one, are housed in Otago’s Special Collections.
(Chosen by Dr Thomas McLean, Department of English and Linguistics, Otago) 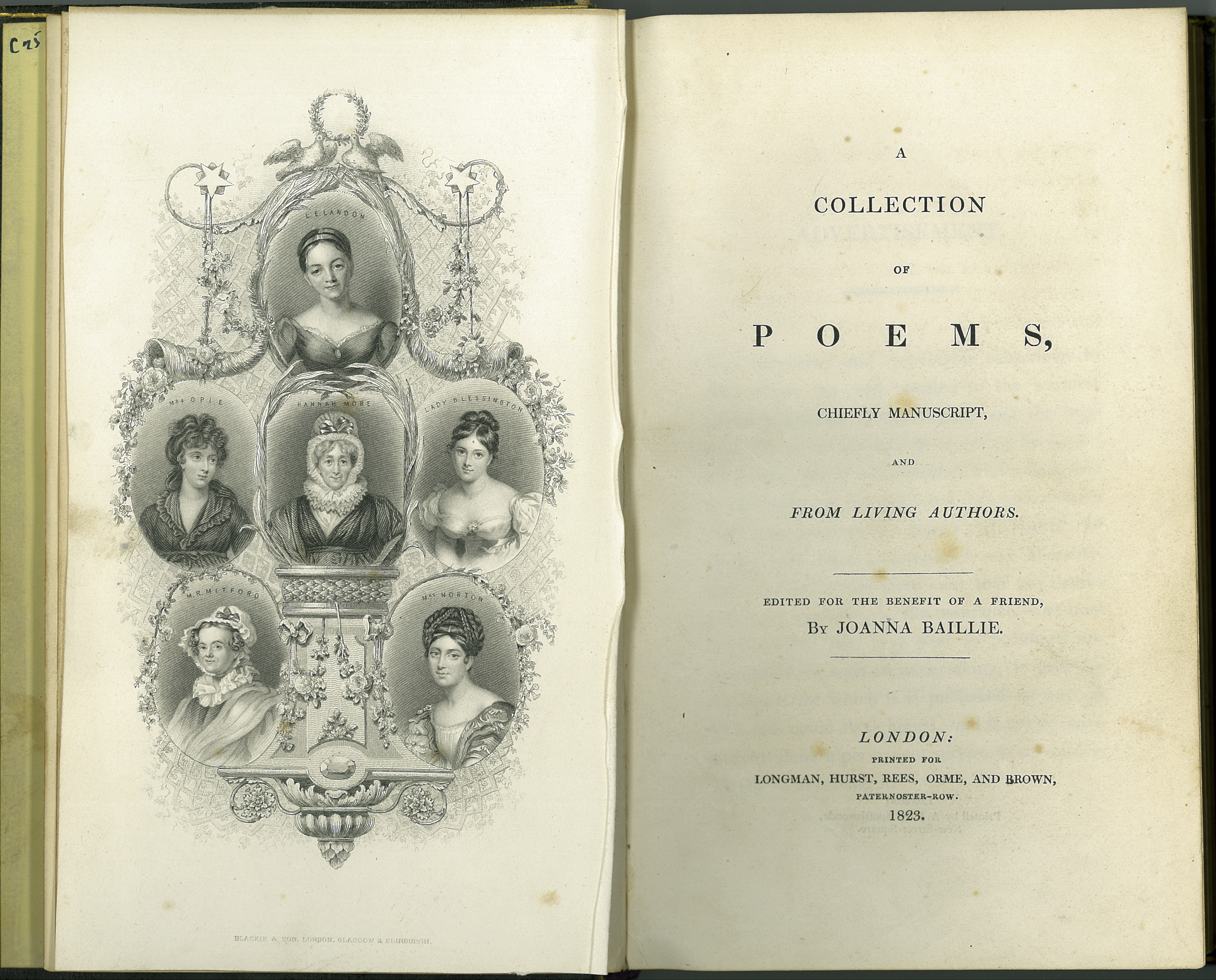