The Hereford World Map. A Transcription of the Legends with Commentary

Medieval world maps commonly present a Christian-centred view of the world, with east at the top, where paradise was believed to be, and Jerusalem at the centre. The Hereford Mappa Mundi map contains three elements: 1.) Geographic information, such as borders between countries, names of countries, regions, mountains, rivers, and oceans; 2.) Historical information, such as images and text relating to events that occurred in a previous time; and 3.) Spiritual information, such as events and scenes from the Bible. Around the border is an image of Christ, and the letters M O R S (Latin: death) as a visual reminder of the world’s temporary existence. It is likely that mappae mundi were used for instructional rather than functional purposes. I use the Special Collections's facsimile of the Hereford Mappa Mundi for teaching 4th year geo-visualisation and cartography surveying students about how maps reveal our world-view, both in the past and today.
(Chosen by Dr Simone Marshall, Department of English and Linguistics, Otago)

Scott D. Westrem, “The Hereford World Map. A Transcription of the Legends with Commentary,” ourheritage.ac.nz | OUR Heritage, accessed July 2, 2022, https://otago.ourheritage.ac.nz/items/show/9962. 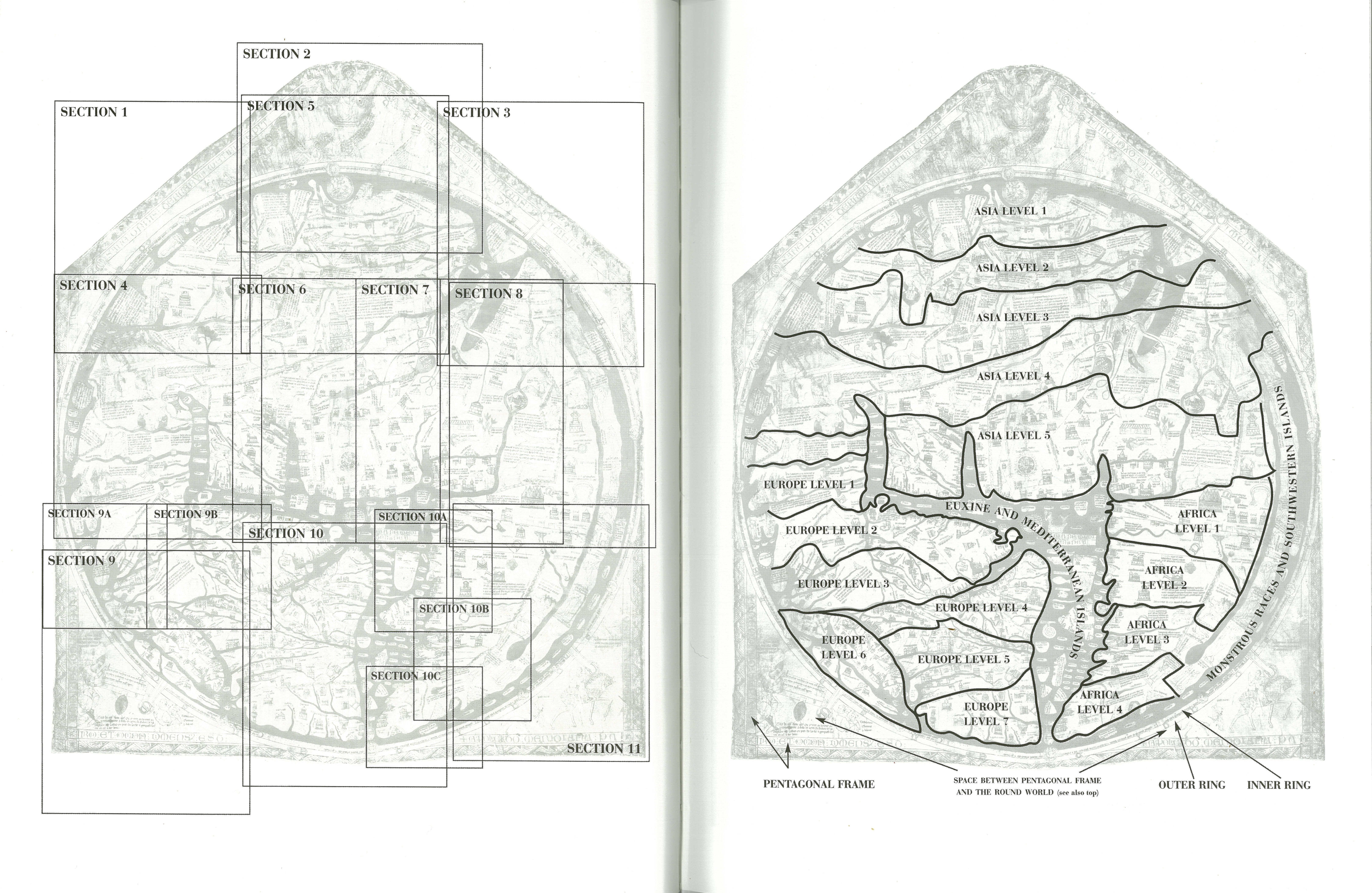