Things Japanese: Being Notes on Various Subjects Connected with Japan for the Use of Travellers and others

Health reformer Frederic Truby King’s book and manuscript collections reflect his penetrating, wide-ranging, and singular-minded intellectual life. These collections are now scattered around New Zealand; Special Collections, Otago, holds his Melrose House Library. In the mid-2000s, I was working on an essay on Truby and Bella King’s visit to Japan in 1904 and their interest in Japanese gardens, health reform, and scientific agriculture. At this time the Melrose Library was held in the basement of the University of Otago’s Medical Library. Amongst tattered medical textbooks and books on gardening, I concentrated on keeping warm and read Truby King’s 19th and early 20th century travel guides to Japan. King’s notes and underlining leapt from the pages, illuminating his thoughts on Japan and its people. They helped to form a picture of his responses to that country for several subsequent essays.
(Chosen by Dr James Beattie, History, Waikato University)

Basil Hall Chamberlain, “Things Japanese: Being Notes on Various Subjects Connected with Japan for the Use of Travellers and others,” ourheritage.ac.nz | OUR Heritage, accessed October 2, 2022, https://otago.ourheritage.ac.nz/items/show/9942. 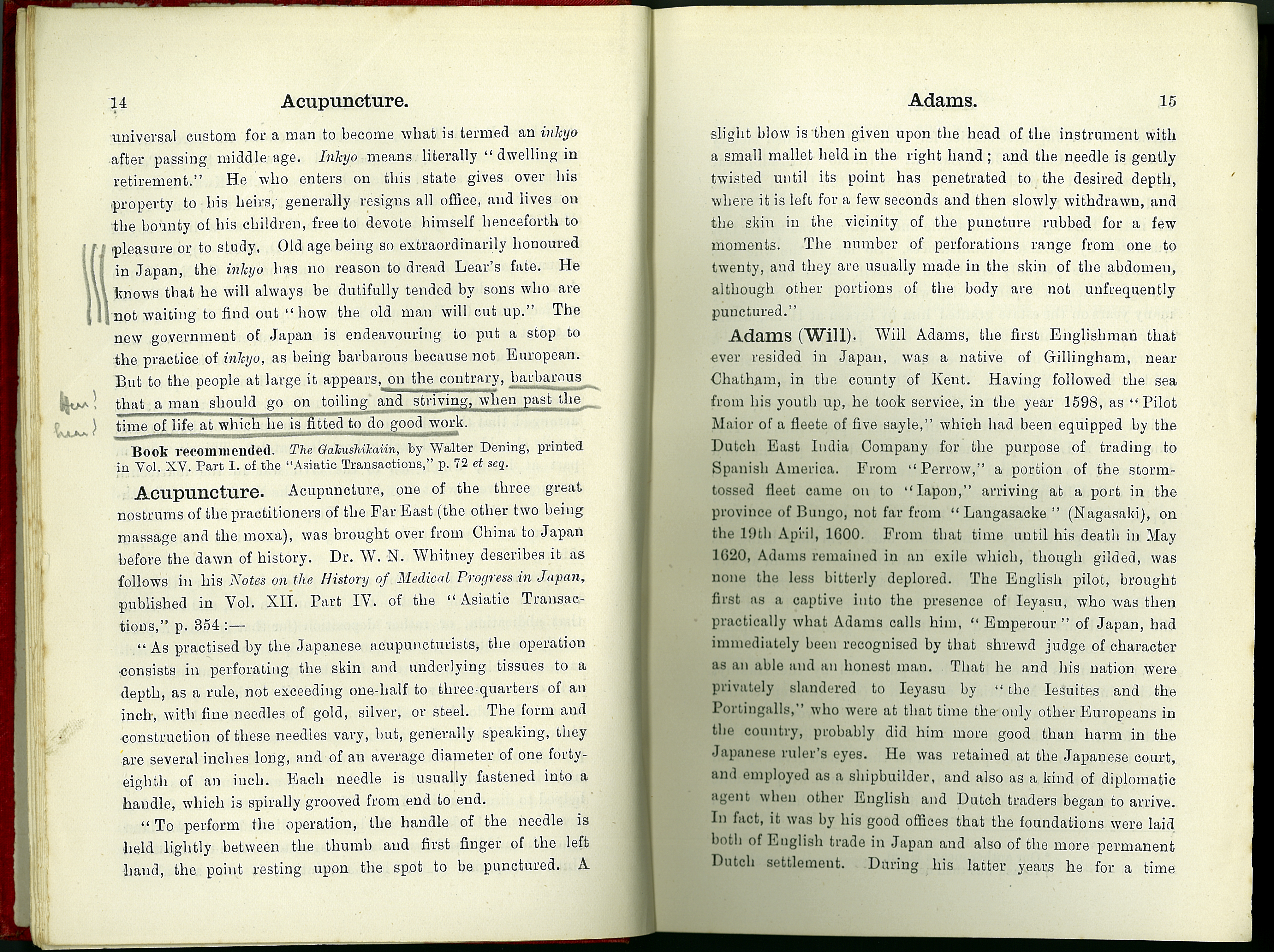