A wordless book is almost a contradiction in terms. I first discovered one, an early example, in a Dunedin auction room. It was a red clothbound book titled ‘DESTINY/A novel in pictures/O. Nückel’. I flipped the pages and was excited by the sequence of over 200 pages of finely executed wood engravings – actually lead cuts – placed austerely just one image per opening with not a single word or caption. Dramatic and powerfully graphic, the story depicted was dark and pessimistic. This early wordless novel was dated 1930 though first published in Munich in 1926. I was hooked and bid until the book was mine. I wondered whether there were any examples of such wordless books in Special Collections? Yes, there were! In the Brasch Collection there was Frans Masereel’s Laster und Leidenschaft; others included Lynd Ward’s Gods’ Man: A Novel in Woodcuts (1929) and Wild Pilgrimage (1932). More examples are being added as opportunity arises.
(Chosen by Gary Blackman) 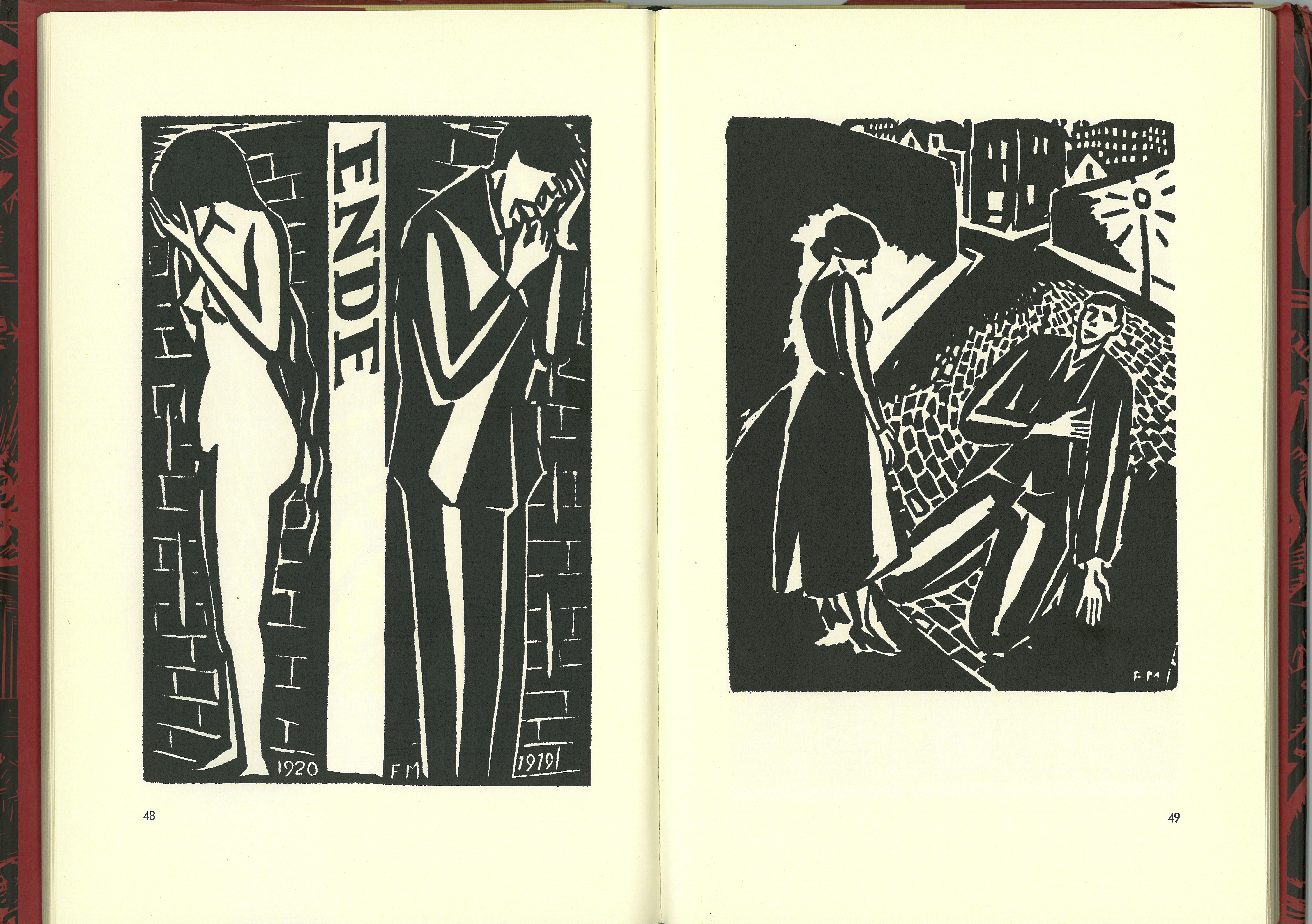