I hope that the publisher A. H. Reed (1875-1975) is still remembered in New Zealand. I knew him quite well towards the end of his life, and it was under his patronage that I became captivated by the medieval manuscripts which he gathered for Dunedin and which inspired the entire course of my career. One of these was an imperfect 14th century Bible which he had purchased from England in about 1923. I still have drawings of its decorated initials which I copied painstakingly as a teenager. Reed gave away specimen leaves of the manuscript to various libraries and individuals (including one to me). This leaf was presented by him to Otago University on 12 June 1969, to mark its Centennial. Relatively recently I have identified the leaf as having come from the Cistercian Abbey of Koronowo, on the Brda river south of Gdansk, suppressed in 1819. It is the only medieval Polish manuscript in New Zealand.
(Chosen by Dr Christopher de Hamel, Corpus Christi College, Cambridge, England) 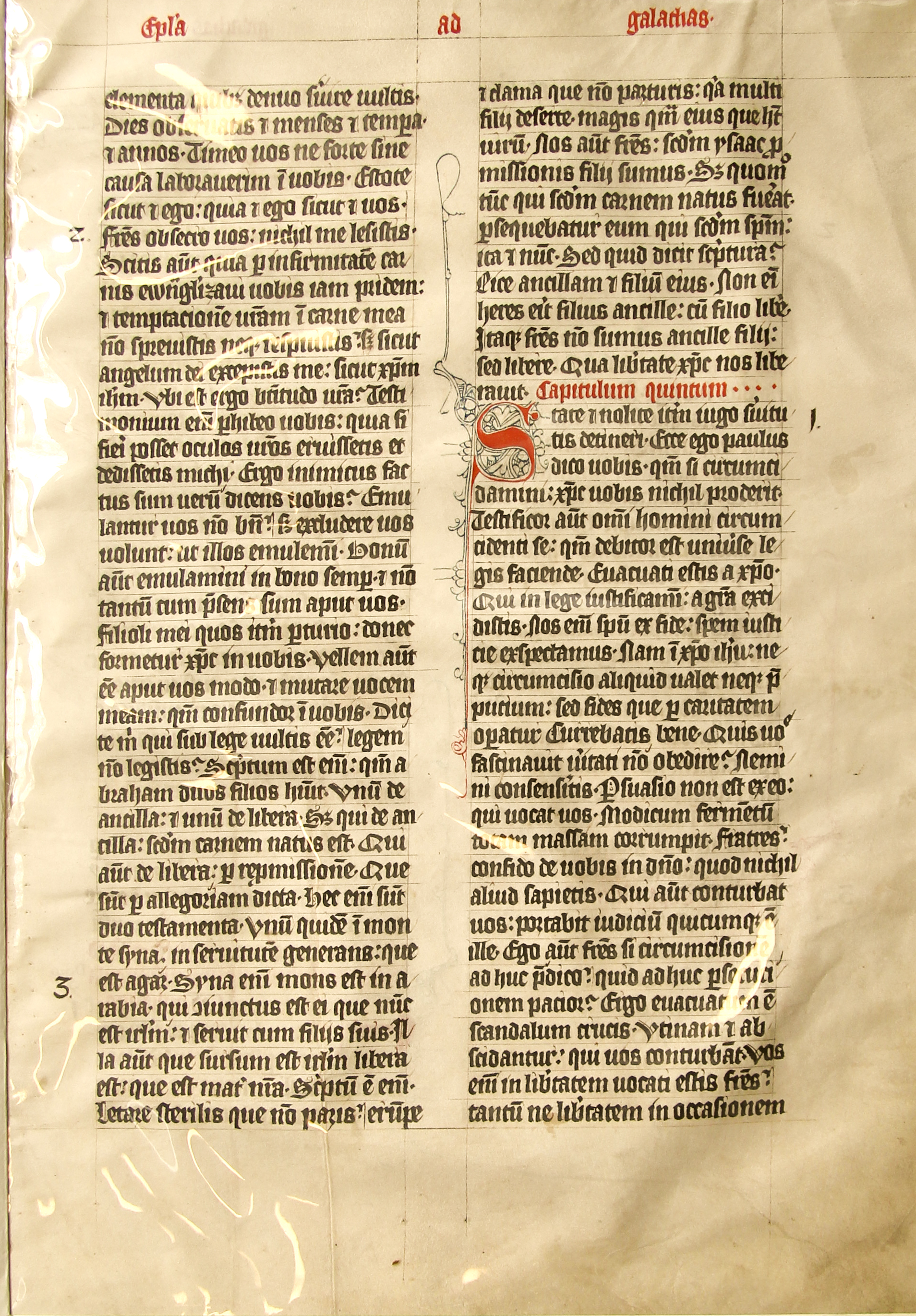