When touring America in 1842, Dickens met Washington Irving, Edgar Allan Poe, and Henry Wadsworth Longfellow. It was Longfellow who thought the creator of Oliver and Nicholas Nickleby had ‘a slight dash of the Dick Swiveller about him’. Their trans-Atlantic friendship continued, and when Longfellow visited London in 1843, Dickens took him on a night tour of the slums. While staying with Dickens, Longfellow (to George Slater) captured an evocative moment at Devonshire Terrace: ‘I write this from Dickens’s study… The raven croaks in the garden; and the ceaseless roar of London fills my ears.’ Here is Longfellow’s well known Song of Hiawatha.

[Page 202 and 203, The Song of Hiawatha, from Henry Wadsworth Longfellow's Poetical Works. ] 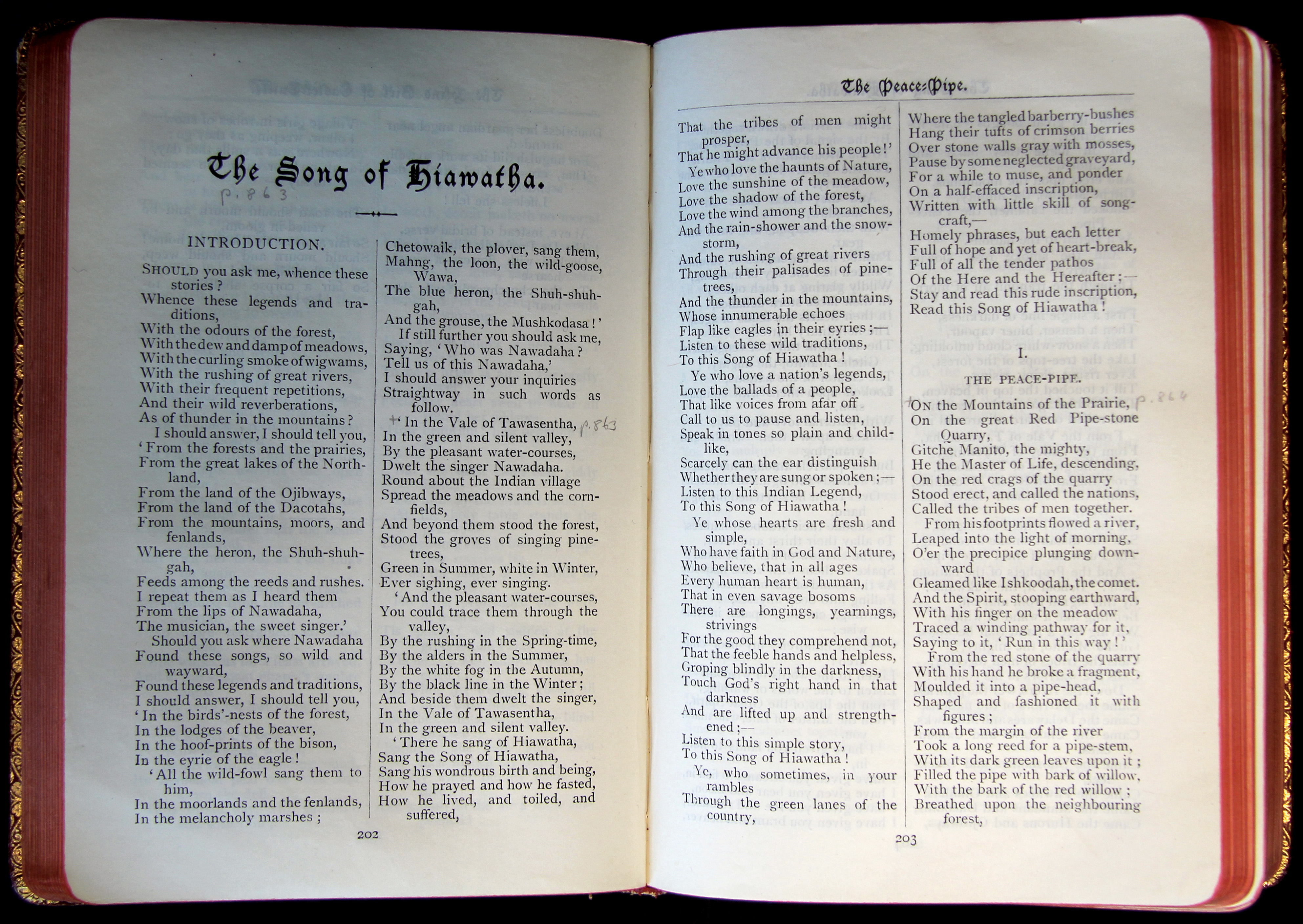