The Posthumous Papers of the Pickwick Club

In early March 1836, Dickens signed a contract with the fledging firm of Chapman and Hall, who gambled on serial publication of Pickwick Papers, Dickens’s first novel. He was to receive £14 for each 12,000-word instalment. Only 1,000 of the first number were printed; by late November 1837, 40,000 copies were being sold. The appearance of Sam Weller clinched Dickens’s reputation, and Pickwick Papers was a runaway bestseller. This first book edition of the twenty instalments contains illustrations by Robert Seymour, who completed them up to the second number; R. W. Buss, who was an interim illustrator; and then 20 year old Hablot Browne, who would become Dickens’s most consistent artistic collaborator. 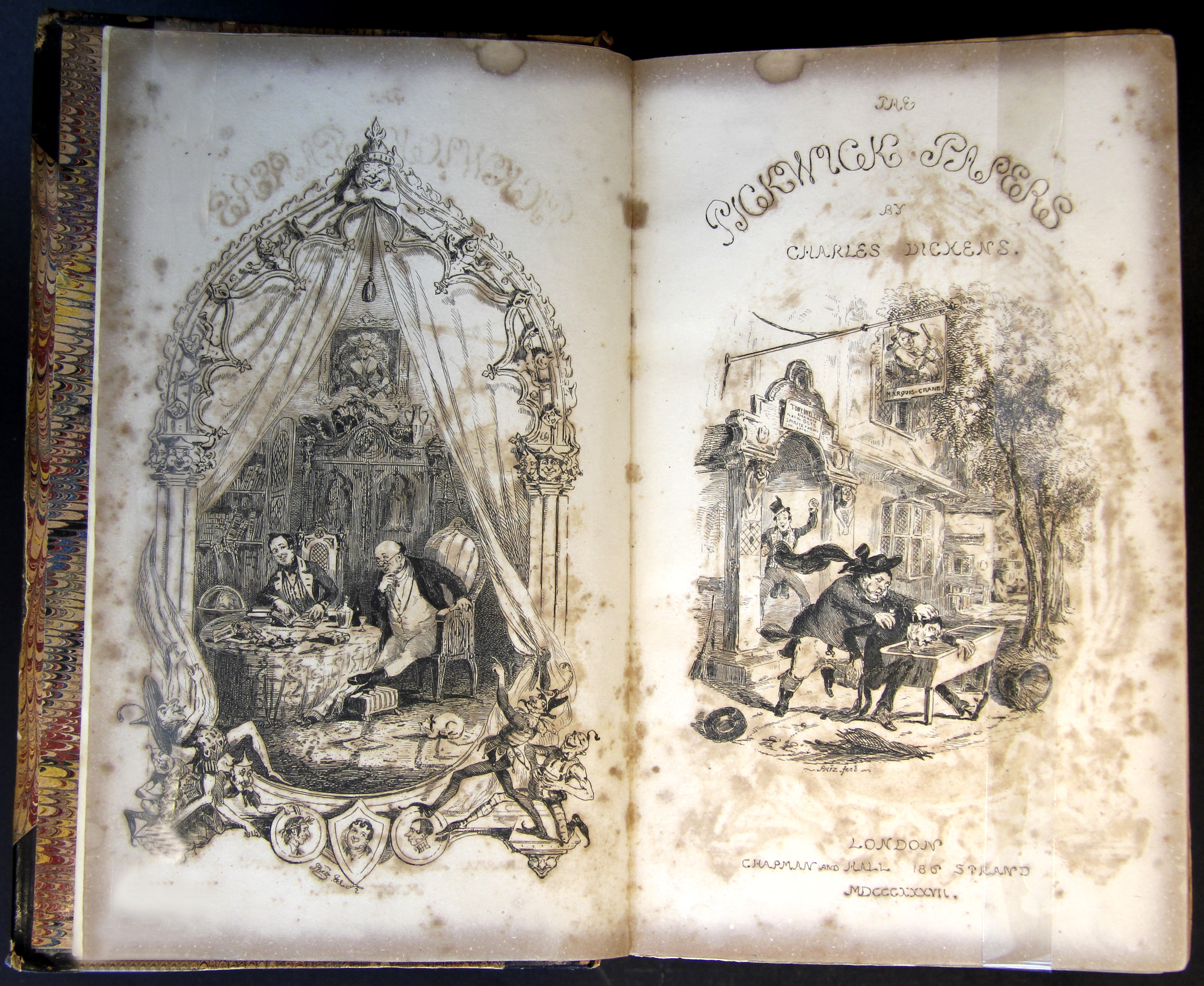