All the Year Round: A Weekly Journal

In 1858, Catherine and Charles Dickens legally separated. The scandal surrounding the event affected his relationship with Bradbury and Evans, who refused to publish his explanation of his separation in Punch. Annoyed, Dickens turned back to Chapman and Hall and began All The Year Round, a new weekly again priced at twopence. The first issue of 30 April 1859 carried his serialized novels A Tale of Two Cities (seen here) and Great Expectations. In later issues, works by Wilkie Collins, Bulwer Lytton, and Elizabeth Gaskell featured.

All the Year Round, Dickens, Journal 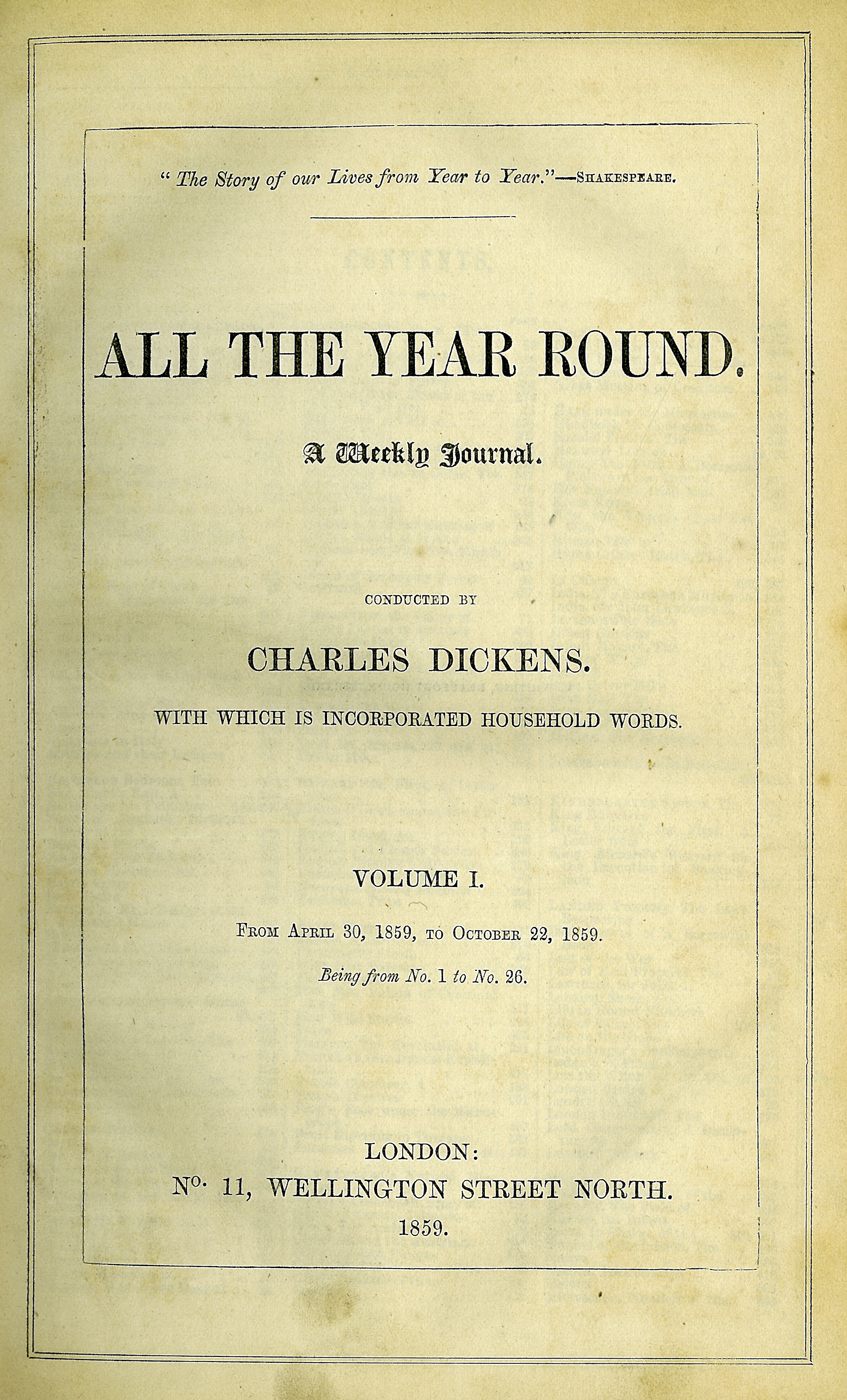