London: Published for the Author by Bradbury and Evans, Whitefriars

For one year, from July 1844 to July 1845, Dickens and his family lived in Genoa. Based on letters to his friend Forster, Pictures from Italy describes the travels in the ‘good old shabby devil of a coach’ through France, and then to Genoa via Marseilles. While residing in an Albaro villa, and then ‘Palazzo Peschiere’, he also visited Venice, Naples, Rome (the Colosseum: ‘most stupendous and awful’), Pisa, and Pompeii, where he climbed Mt. Vesuvius and looked ‘into the flaming bowels of the mountain’. Conscious of charges of anti-Catholicism, he reminded readers that Pictures from Italy was ‘a series of faint reflections – mere shadows in the water.’ Here are the first Bradbury and first Tauchnitz editions of 1846. 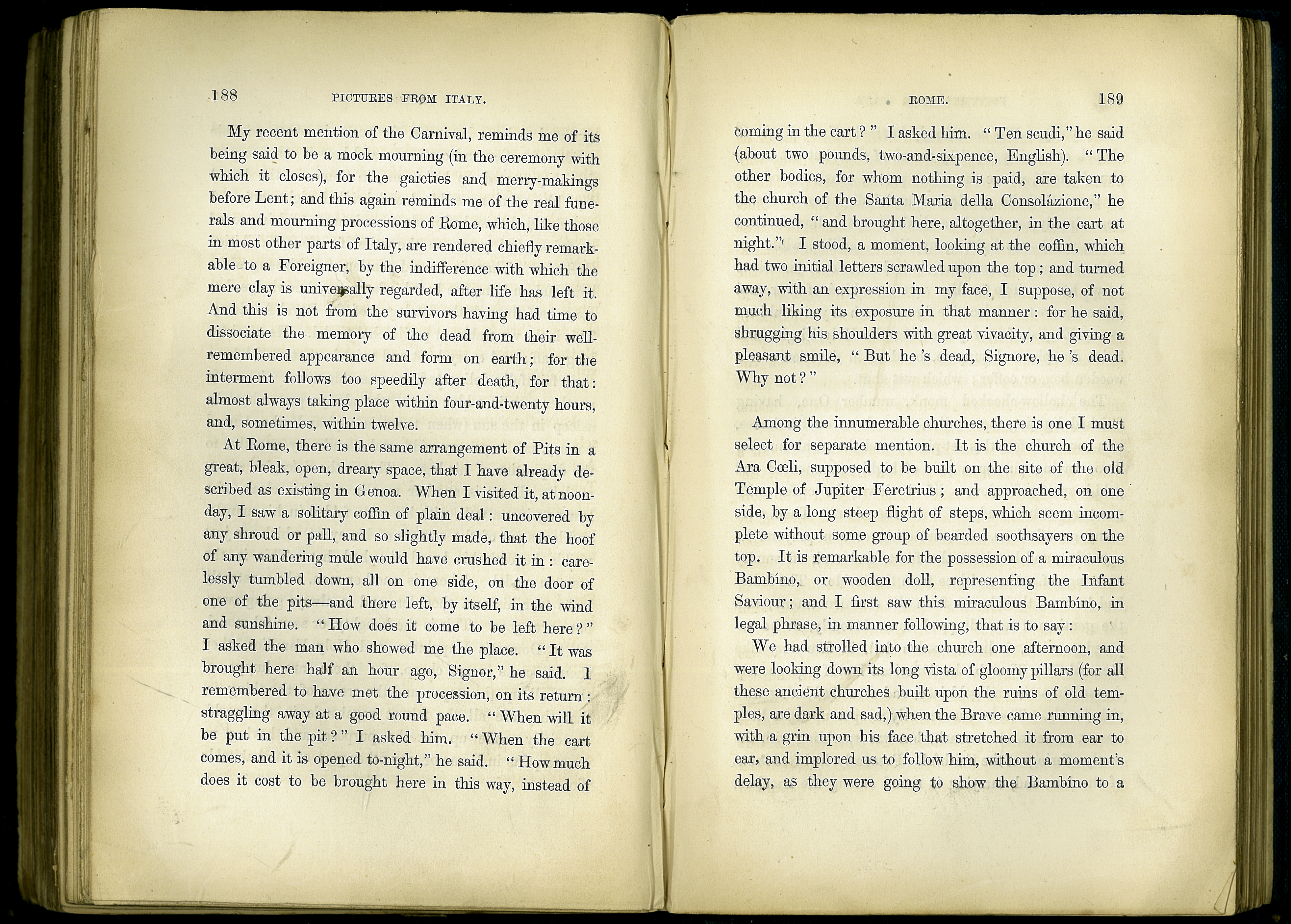