American Notes and Pictures from Italy

[Title page and frontispiece from Charles Dickens's American Notes and Pictures from Italy.] 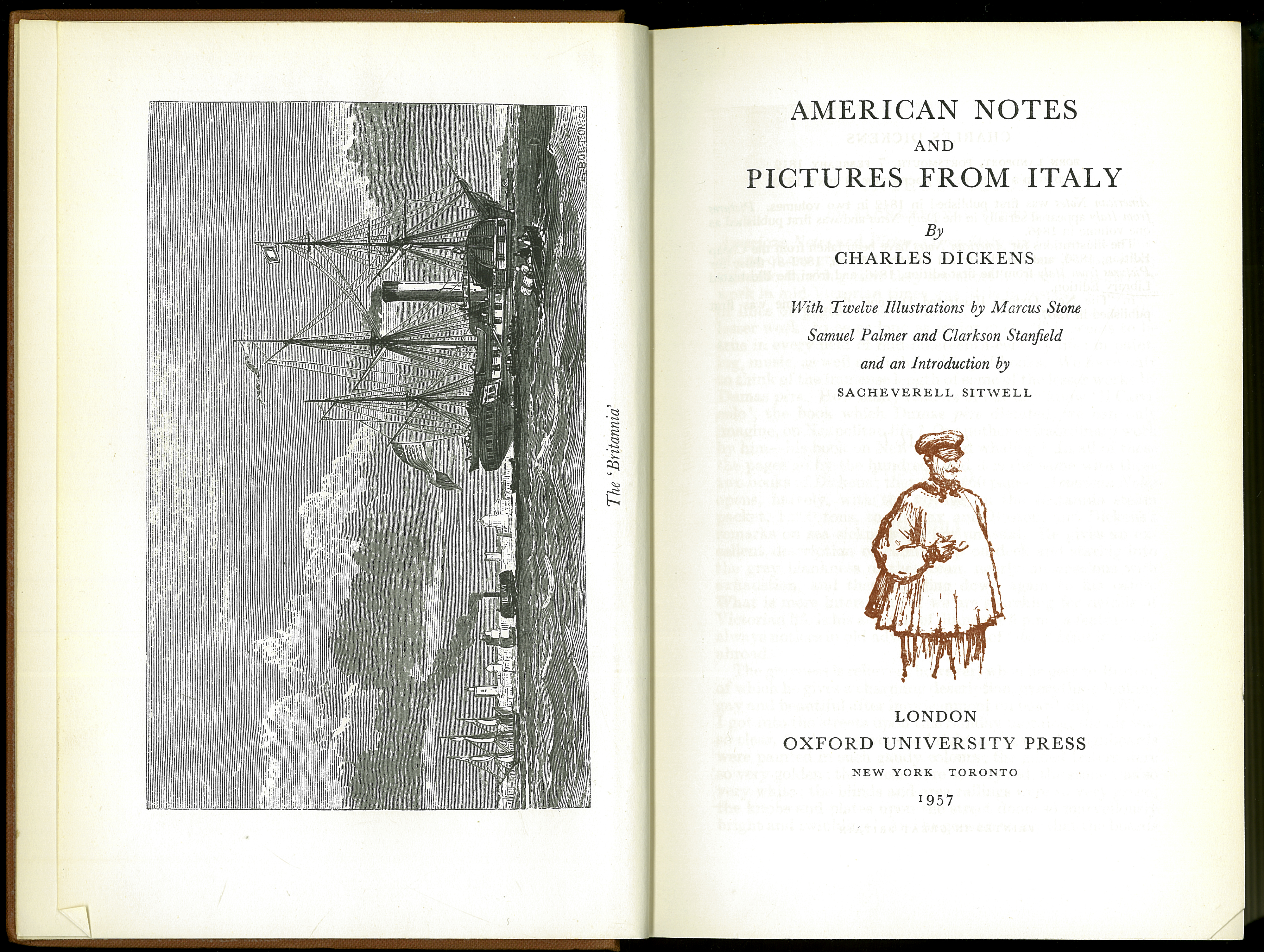