Hablot Browne’s cartoon on the top of the first part of Little Dorrit depicts a procession of decrepit, fool-like individuals, including a dozing Britannia. The image matches Dickens’s satiric attack in the book on the ruling class and their ineptitude. His famed Circumlocution Office highlights well civil service bureaucracy and incompetence. His strong feelings against imprisonment for debt also allowed use of the Marshalsea Debtor’s Prison, where ‘heroine’ Amy Dorrit was born, and her delusional father William is the longest serving inmate. Arthur Clennam, a guilt-ridden ‘anti-hero’, is determined to rescue Amy from her plight. Originally titled Nobody’s Fault, Little Dorrit was the last of Dickens’s novels issued by Bradbury and Evans. Note Amy’s ‘sunny’ appearance on the title-page. 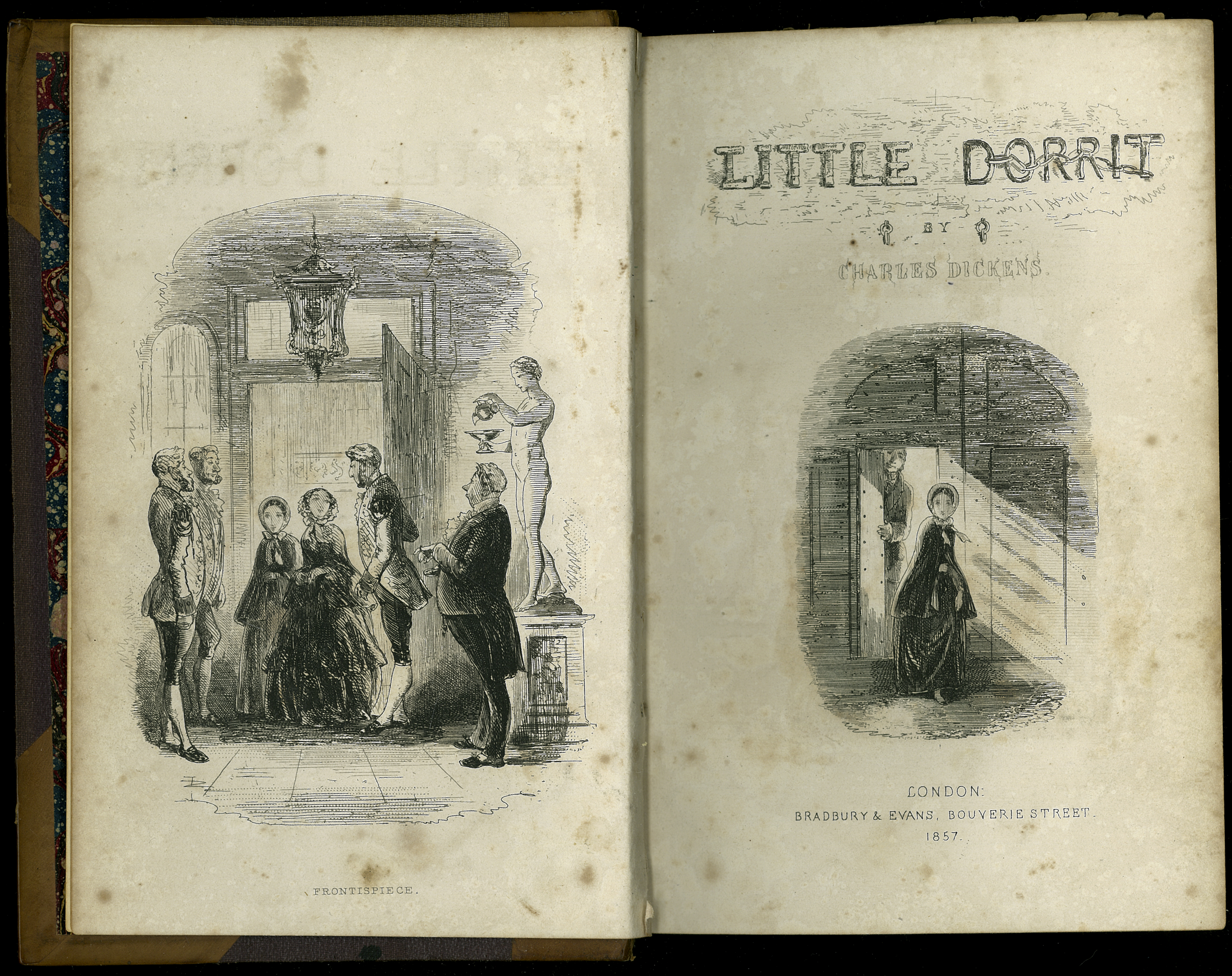