Originally published in magazine form over several years, this vast work was later organised into six volumes totalling nearly 2000 pages and 500 plates. It has become a classic in the history of dress. In this ambitious and imperfect work, Racinet draws on multiple sources including previous dress histories. He set a new standard in both scope and illustration, taking full advantage of then new reprographic techniques to produce colour plates of enduring appeal. Republished regularly, this work remains a touchstone and is true to its time. Racinet suggested that the tartan, shown in this plate, developed as a form of camouflage for hunting and was only later used to denote clan and social ranking.
(Chosen by Dr Elaine Webster, Director, Summer School, Otago) 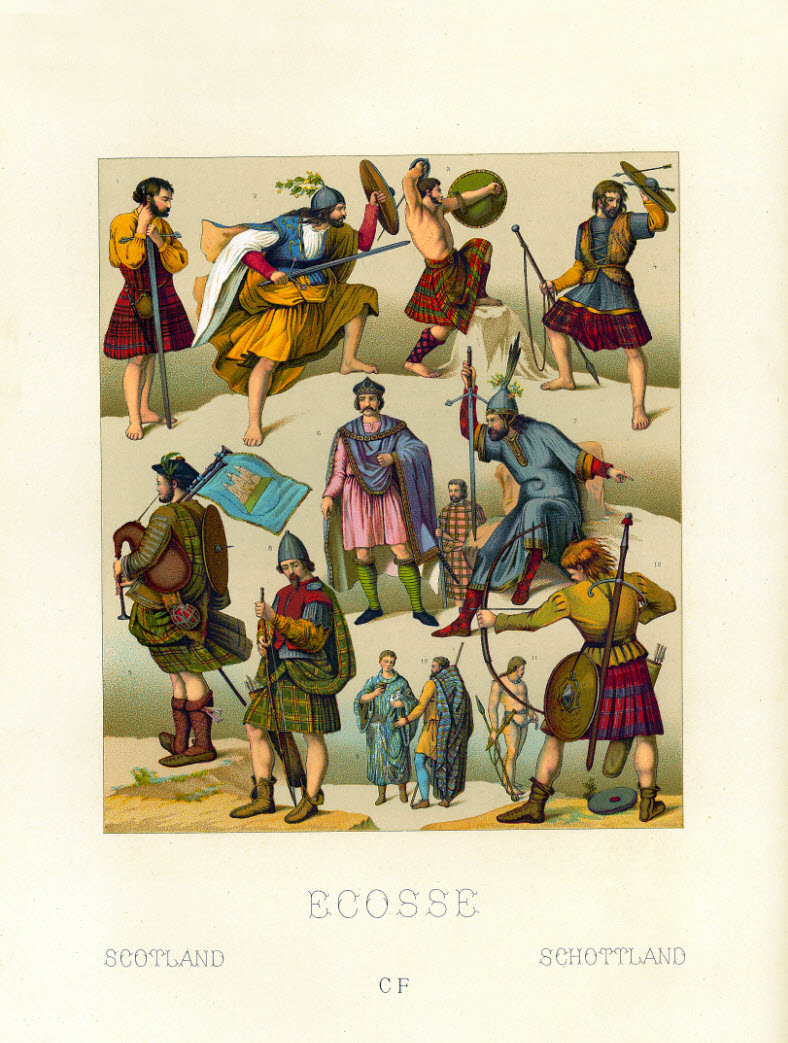