The Harmony, Chronicle and Order of the New-Testament

A number of books printed in Britain from 1653 onwards contain what seem to be half-titles. Against the norm these ‘title-labels’ (the best term to describe them), often printed in the largest type possible, run vertically on a leaf that would otherwise have been blank. The most likely explanation for this is that these ‘title-labels’ were intended to label parcels of unbound sheets in storage. The practice was not universal ‒ not all books had an available blank leaf and others were not sufficiently ‘serious’ to need storing. The practice was all but abandoned by 1700. Just over 400 examples are currently known. At least three separate examples of which are housed in Special Collections. My work on this subject has been published in an issue of the Harvard Library Bulletin New Series Vol. 14, No. 4 (Winter 2003).
(Chosen by Dr Brian McMullin, Monash University, Melbourne)

John Lightfoot, “The Harmony, Chronicle and Order of the New-Testament,” ourheritage.ac.nz | OUR Heritage, accessed January 29, 2022, https://otago.ourheritage.ac.nz/items/show/9947. 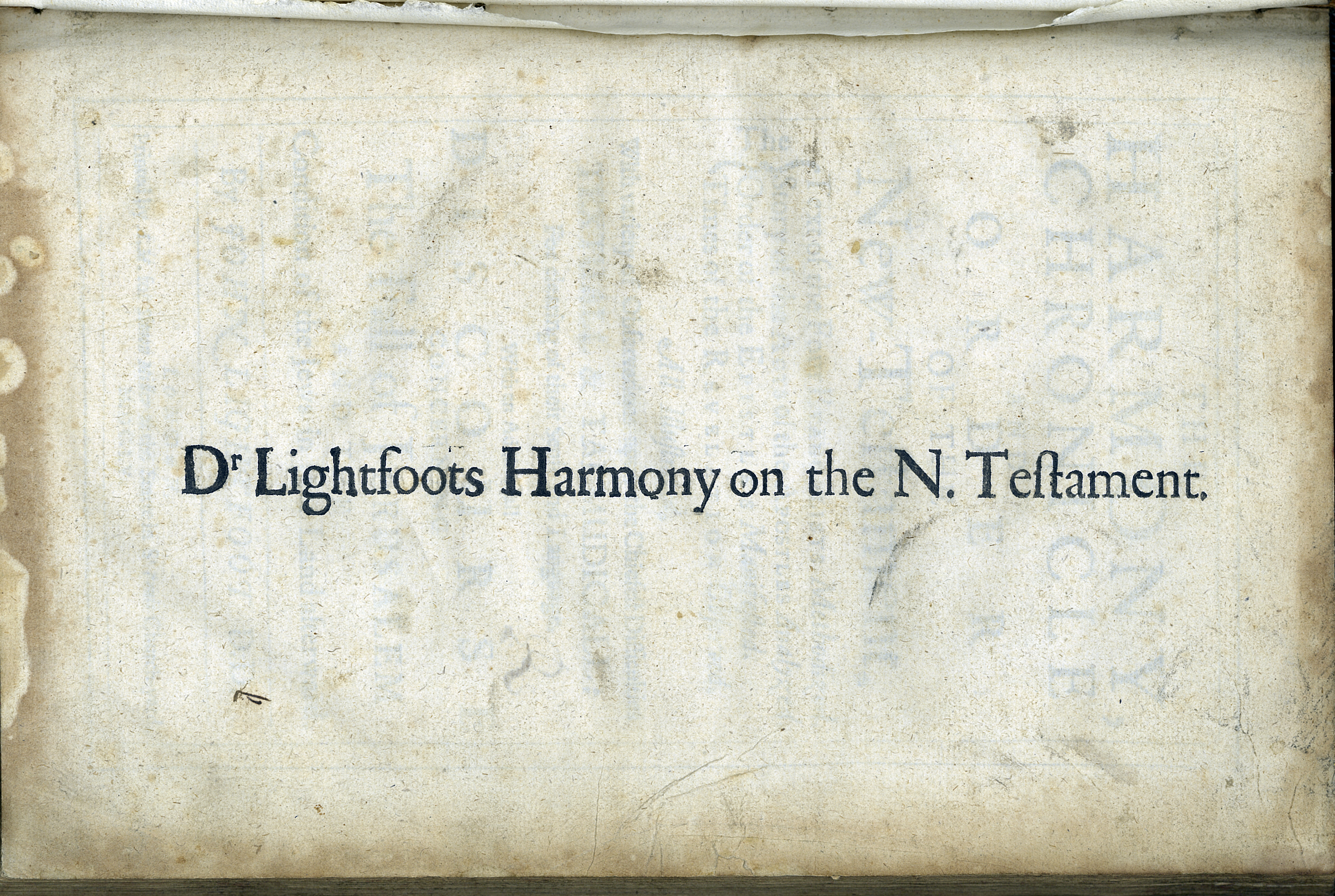