Special Collections at the University of Otago hold an outstanding collection of early guidebooks to Rome, most of which were acquired by Esmond de Beer (1895–1990) while researching for his edition of the diary of John Evelyn. De Beer was fascinated by guidebooks as objects, collecting well beyond those which he could demonstrate that Evelyn had used in the 1640s. The Mirabilia was the most influential guide for medieval travellers to Rome. This 1511 printing is the oldest edition in the Collection; another is dated 1550. I used these, along with other guidebooks, for a course on the Classical Tradition that I taught from the late 1980s to the 2000s. The Mirabilia presents both true and inaccurate identifications of ancient monuments in Rome. One example is the ‘Horse of Constantine’ in the Lateran, which is in fact an equestrian statue of the emperor Marcus Aurelius (it now stands on the Capitol in Rome). The Mirabilia has it as a statue of a squire who saved Rome from an attack. The horse’s forelock is mistaken for an owl, which provided a warning against the said attack.
(Chosen by Professor Robert Hannah, Waikato University) 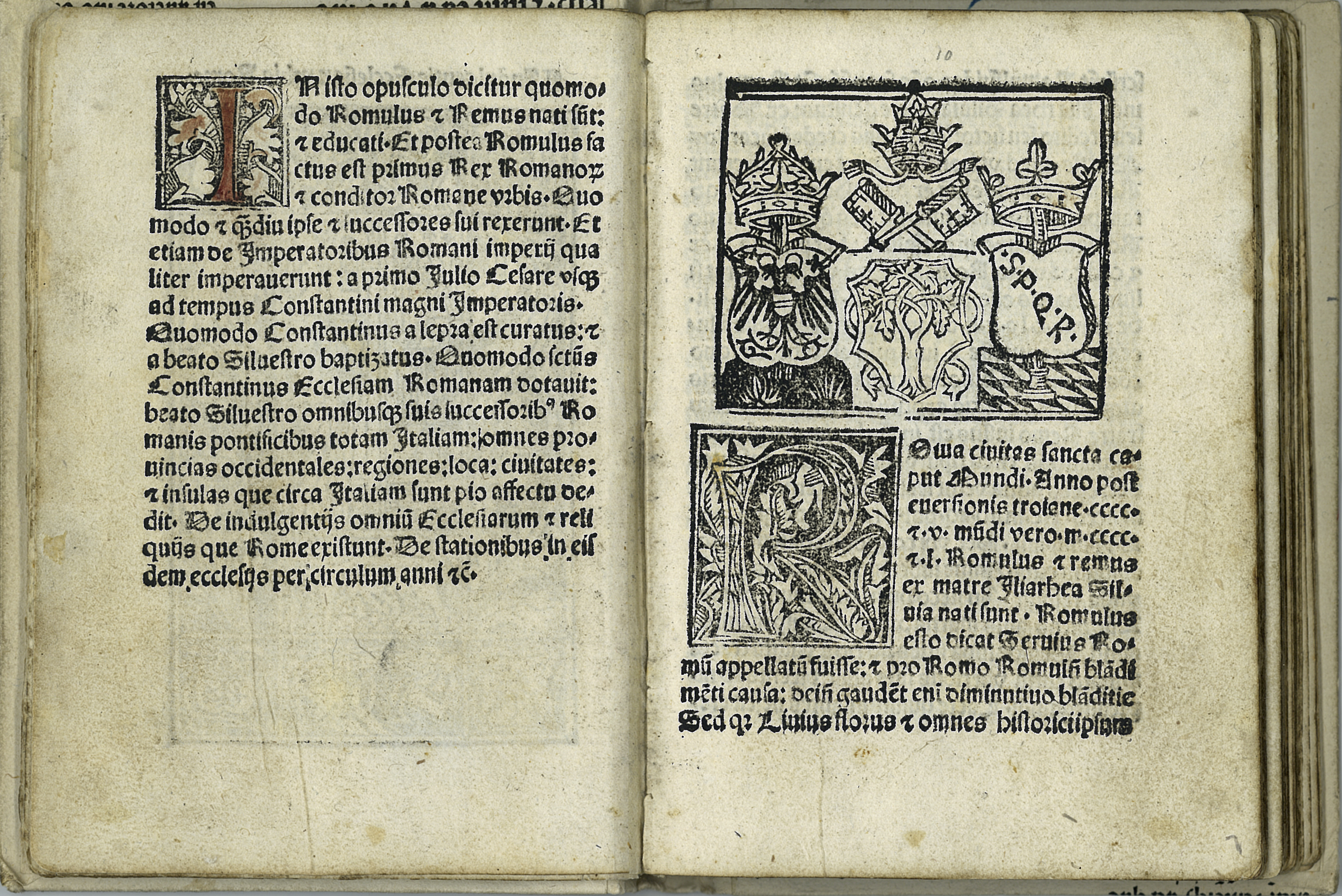