One of the most famous interpretations of the Don Juan legend, Molière’s comedy originally titled Le Festin de Pierre but now known by its original sub-title, Dom Juan, was first performed in Paris in 1665. Accused of impiety and blasphemy, it was soon withdrawn from the company’s repertoire, and when first published, in 1682, the text was so heavily censored that in three crucial scenes it was unfaithful to Molière’s original intentions. Meanwhile, an Amsterdam publisher had acquired a copy of the play as it must have been first performed, and issued it in 1683. Publishers and translators elsewhere soon preferred it to the Paris edition, and modern scholars have followed them in recognising the Amsterdam edition as the basis of any serious study of the play. Special Collections’ copy of this play is bound with other individually published Molière plays. The volume was presented to the library by Dr Esmond de Beer in 1973.
(Chosen by Dr Roger Collins) 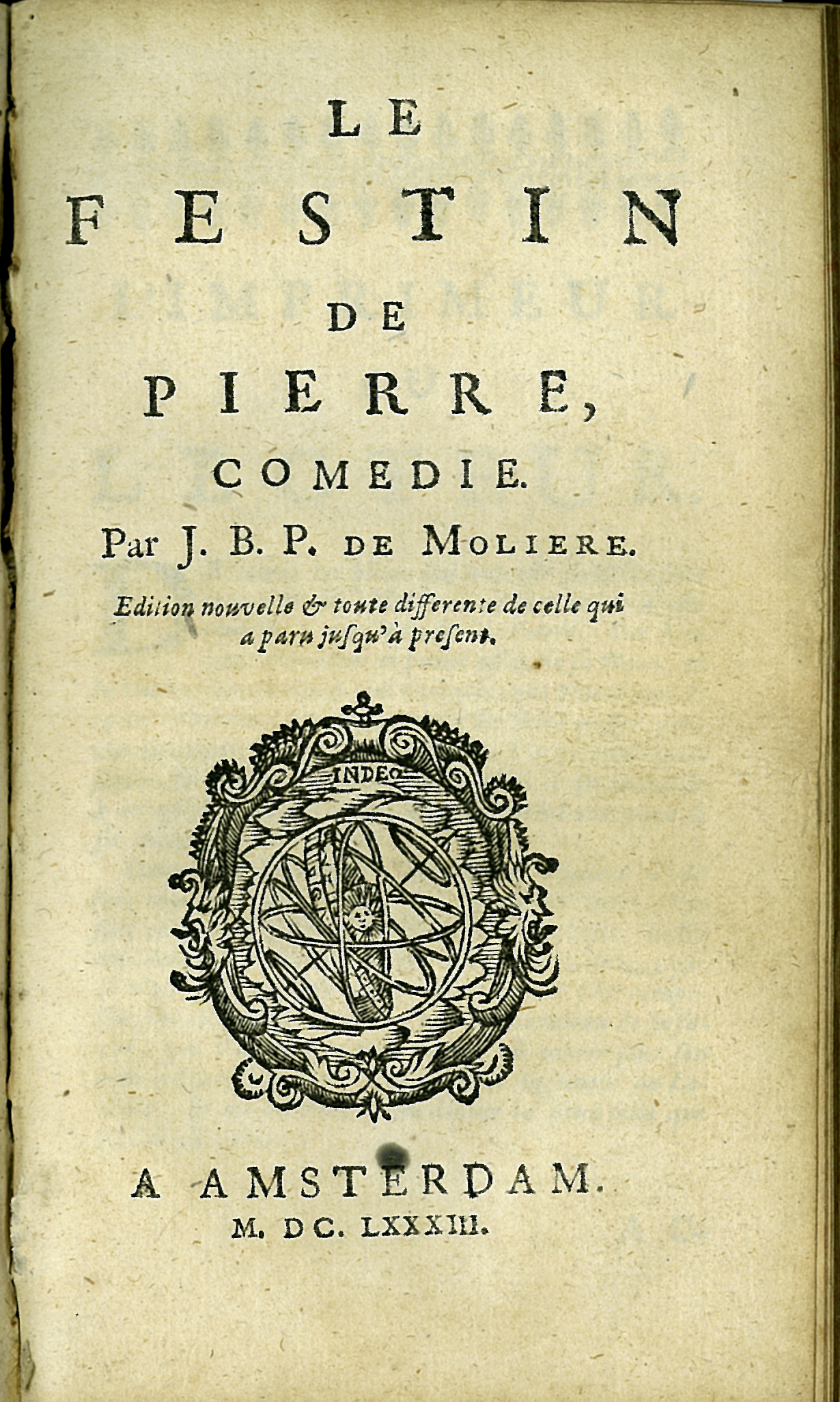