This book first appeared in 1825, though this edition, with its handsome binding, was printed much later, probably in 1894. Although Waterton's style is clearly dated and, to our ears, rather pompous, his work has been often reprinted even in the twentieth century, and his voice is engagingly enthusiastic once you accept the preachiness:

"Cast thine eye around thee, and see the thousands of Nature's productions. . . . What a noble field, kind reader, for thy experimental philosophy and speculations, for thy learning, for thy perseverance, for thy kind-heartedness, for everything that is great and good within thee! (32-33)"

Somewhat surprisingly in light of this lofty rhetoric, Waterton's initial interest in his travels was to learn about native poisons.

This edition concludes with sixteen pages of advertisements for 'Blackie's Story Books for Boys', indicating that the publishers thought readers of their day might appreciate the adventures more than the admonitions.

Wanderings in South America, the United States, and the Antilles. 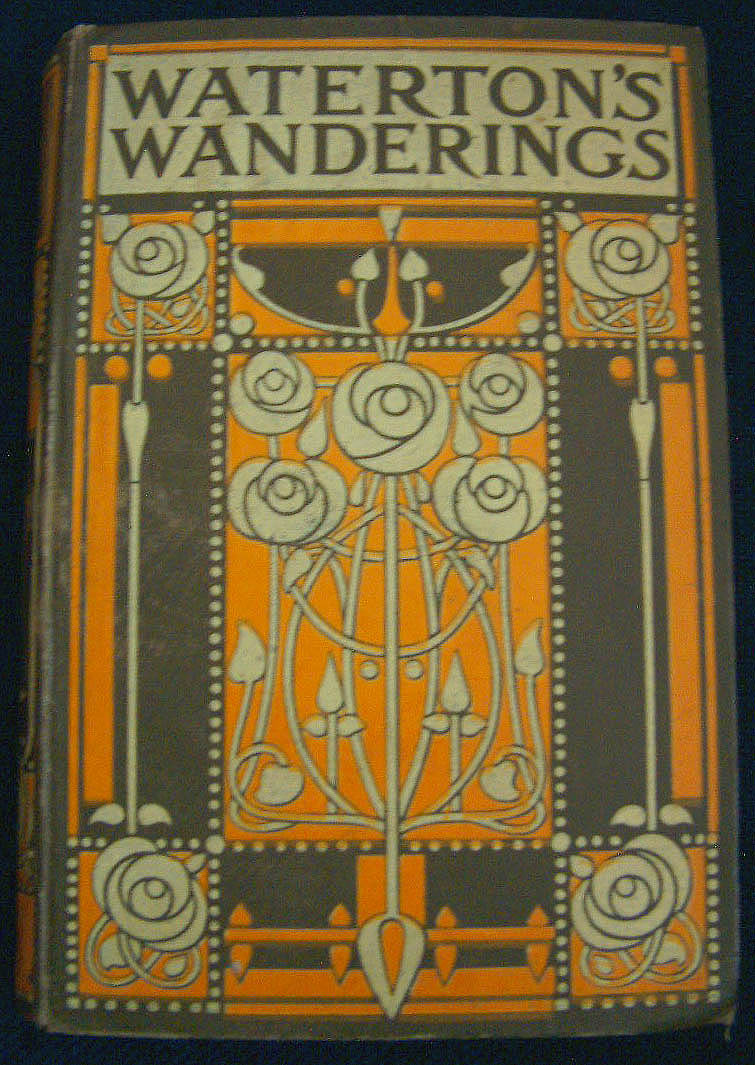