This image of Canongate during a royal procession highlights Edinburgh's loyalty to the monarch as well as its impressive modernity. Scotland was no longer the potentially rebellious or poverty-stricken northern neighbour of earlier accounts.

This particular publication led its publisher, Virtue, to claim 'that the prosperity he had attained was mainly owing to Dr. Beattie's literary assistance'. Beattie and Bartlett put out similar volumes on Switzerland, the castles and abbeys of England, and the Danube, though the Scottish volume was the greatest success.

Scotland illustrated in a series of views taken expressly for this work by Messrs T. Allom, W. H. Bartlett, and H. McCulloch 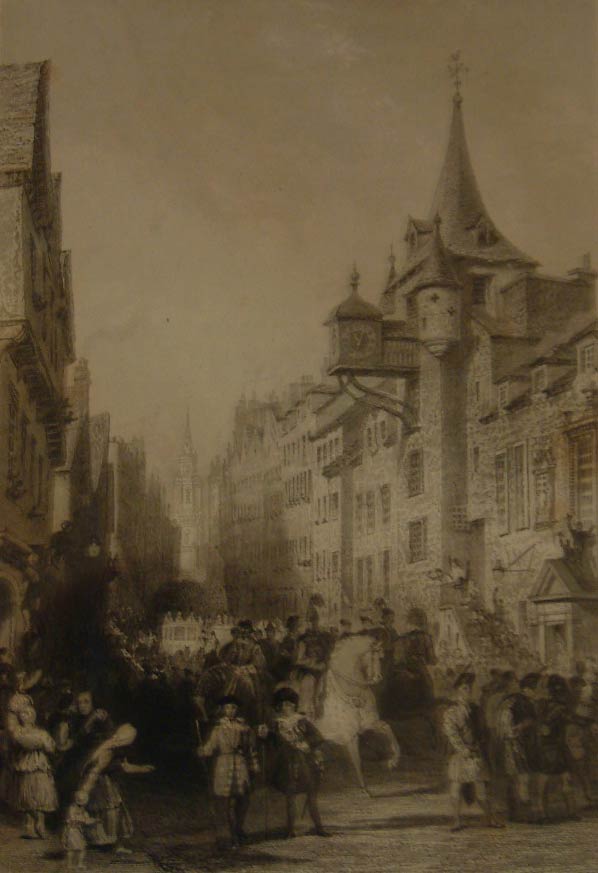