James Boswell (In the dess of an armed Corsican Chief)

By the second half of the eighteenth century, the grand tour had been so frequently recounted that Boswell and Brydone both sought more remote corners of Italy. Boswell's usual irrepressible enthusiasm and undaunted effrontery secured him the acquaintance of Pascal Paoli, a freedom fighter of his day, while Boswell's published account (1768) earned for its author the life-long soubriquet of Corsican Boswell. Brydone dedicated his account to William Beckford, responsible for the fashion of picturesque tours, who had initially suggested Brydone visit Sicily:


I remember to have heard you regret, that in all your peregrinations through Europe, you had ever neglected the island of Sicily; and had spent much of your time in running over the old beaten track, and in examining the thread-bare subjects of Italy and France; when probably there were a variety of objects, not less interesting, that still lay buried in oblivion in that celebrated island. (1-2)


Brydone clearly identified the interesting objects, for his work went through more than 20 editions in his lifetime.

The journal of a tour to Corsica : & memoirs of Pascal Paoli 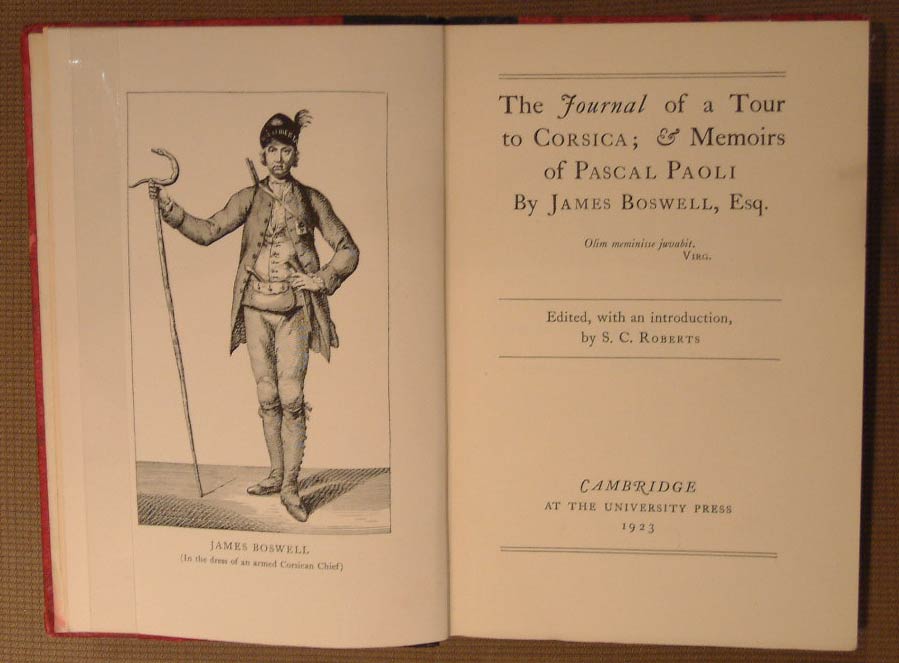