The Mystery of Edwin Drood

Dickens died on 9 June 1870 as he worked on the final pages of the sixth instalment of The Mystery of Edwin Drood. This incomplete novel, with no solution to the plot, has meant that Edwin Drood is one of the best unfinished mystery stories in literature. Even Dickens raised questions with his note on the title: ‘Dead? Or Alive?’ Over the years many have offered endings, including Howard Duffield’s proposal that John Jasper was associated with the Thugee cult of Kali and the murder was a ritual killing for revenge. Charles Alston Collins, brother of Wilkie, designed the cover for the parts. The illustrations within were done by Luke Fildes, who passed Dickens’s test of being able to paint ‘pretty ladies’. The perceptive Wilkie Collins described Edwin Drood as ‘the melancholy effort of a worn-out brain.’ The complete parts and the first book edition are on display. 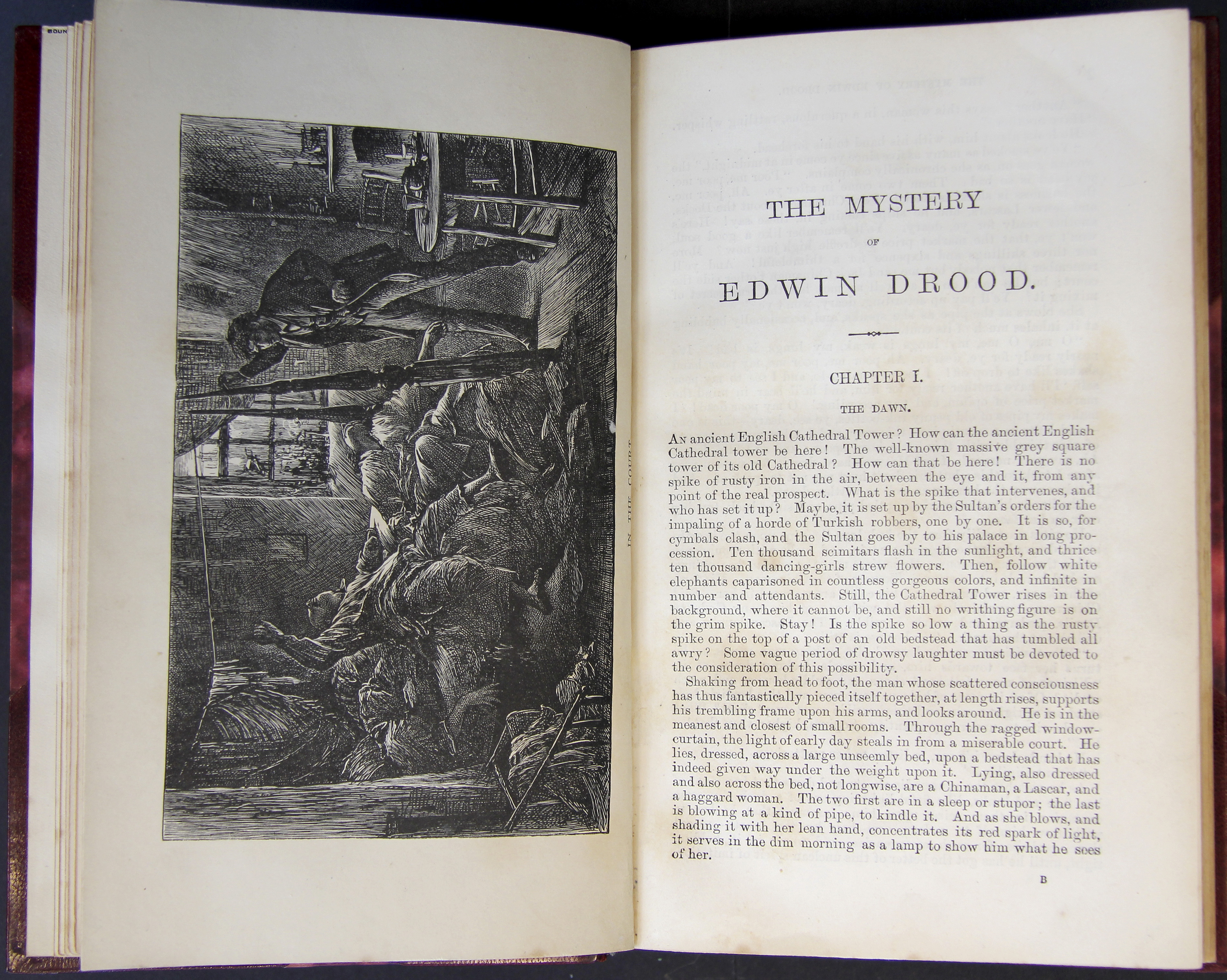