The Invasion of the Crimea

‘Everybody is miserable…about the Crimea. I have an old belief that our Political Aristocracy will ruin this land at last, and altogether London looks gloomy.’ So wrote Dickens to Mrs Gaskell, on 3 February 1855, on the debacle that was the Crimean War (1853 to 1856), a conflict involving the Ottoman Empire, Britain, France, and Sardinia, against the Russians. While acknowledging the need for a balance of power in the area, Dickens railed against gross military and administrative incompetence; the decimation of the Light Brigade being the pinnacle of that mismanagement. To him, the War was a major distraction from the real problems at home. Alexander Kingslake’s informative volume depicts the position of the heavy cavalry, and a facsimile of Lord Cardigan’s understanding of troop positions on that fateful day (25 October 1854).

[Fold-out plate 4, Fac simile (reduced) of a Plan sketched by Lord Cardigan with a view to show... from Alexander W. Kinglake's The Invasion of the Crimea, Vol. IV.] 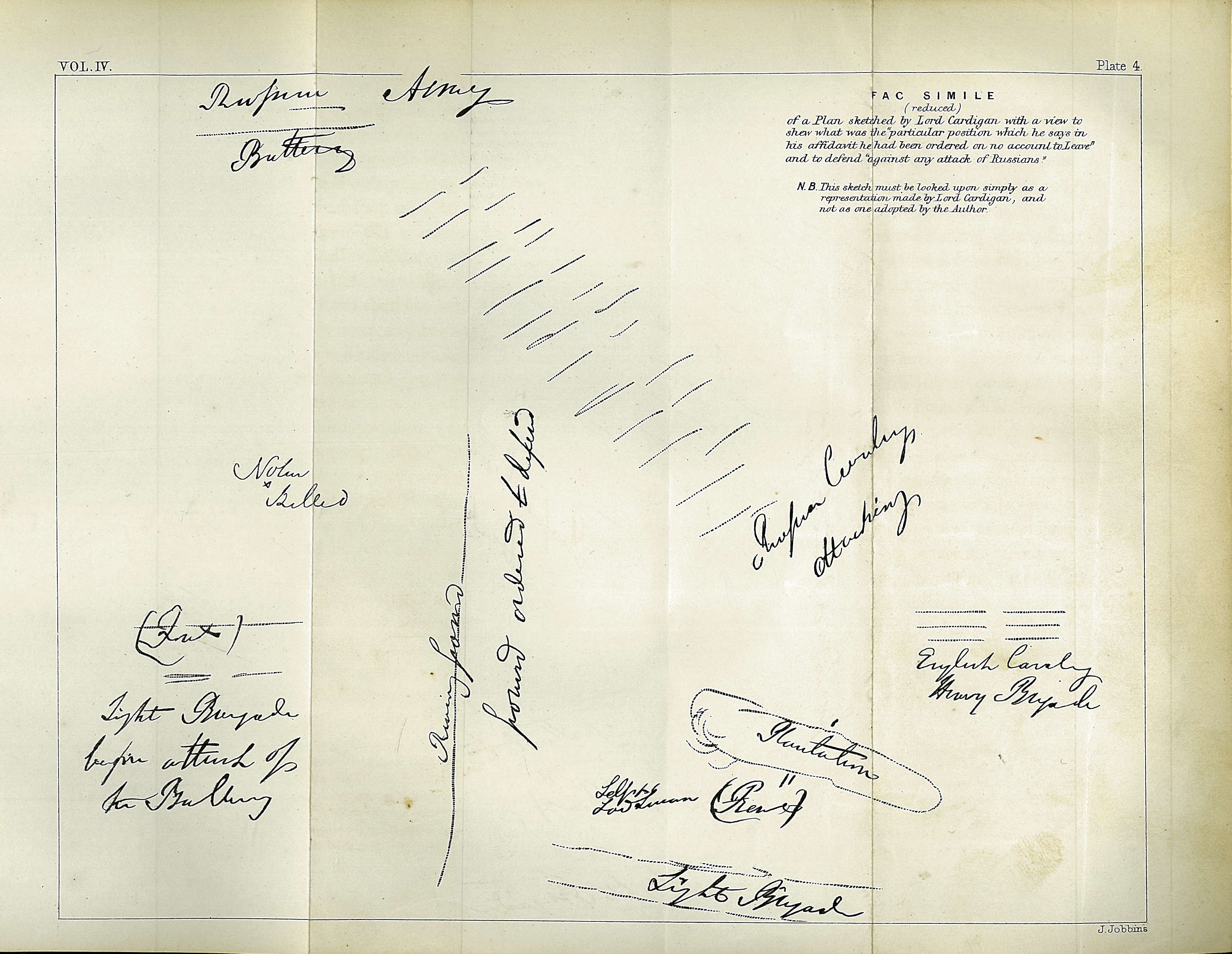