The Art Journal Illustrated Catalogue: The Industry of All Nations

Another well-attended occasion was the Great Exhibition, which took place in Hyde Park, London, from 1 May to 15 October 1851. During that time 6 million people visited the ‘Crystal Palace’, designed by Joseph Paxton. Somewhat reluctantly Dickens dragged himself along and while acknowledging the progress that the exhibits on display represented, he thought it a muddle and a major distraction from very real social problems. At the time he was disgruntled: London was ‘a vile place’; his father had died; Robert Peel had died unexpectedly, as did his own infant daughter Dora. And perhaps subconsciously he may have harboured feelings against his old fantastical rival, ‘sassage’ Albert, Victoria’s husband, to whom the triumph of the Exhibition largely belonged. The endpaper depicts the extent of the building; the catalogue is jammed full of choice exhibits.

[The VASE beneath, and the FAN-LIGHT...they exhibit several other excellent productions...Page 101 from The Art Journal Illustrated Catalogue: The Industry of All Nations.]

___, “The Art Journal Illustrated Catalogue: The Industry of All Nations,” ourheritage.ac.nz | OUR Heritage, accessed January 30, 2023, https://otago.ourheritage.ac.nz/items/show/7152. 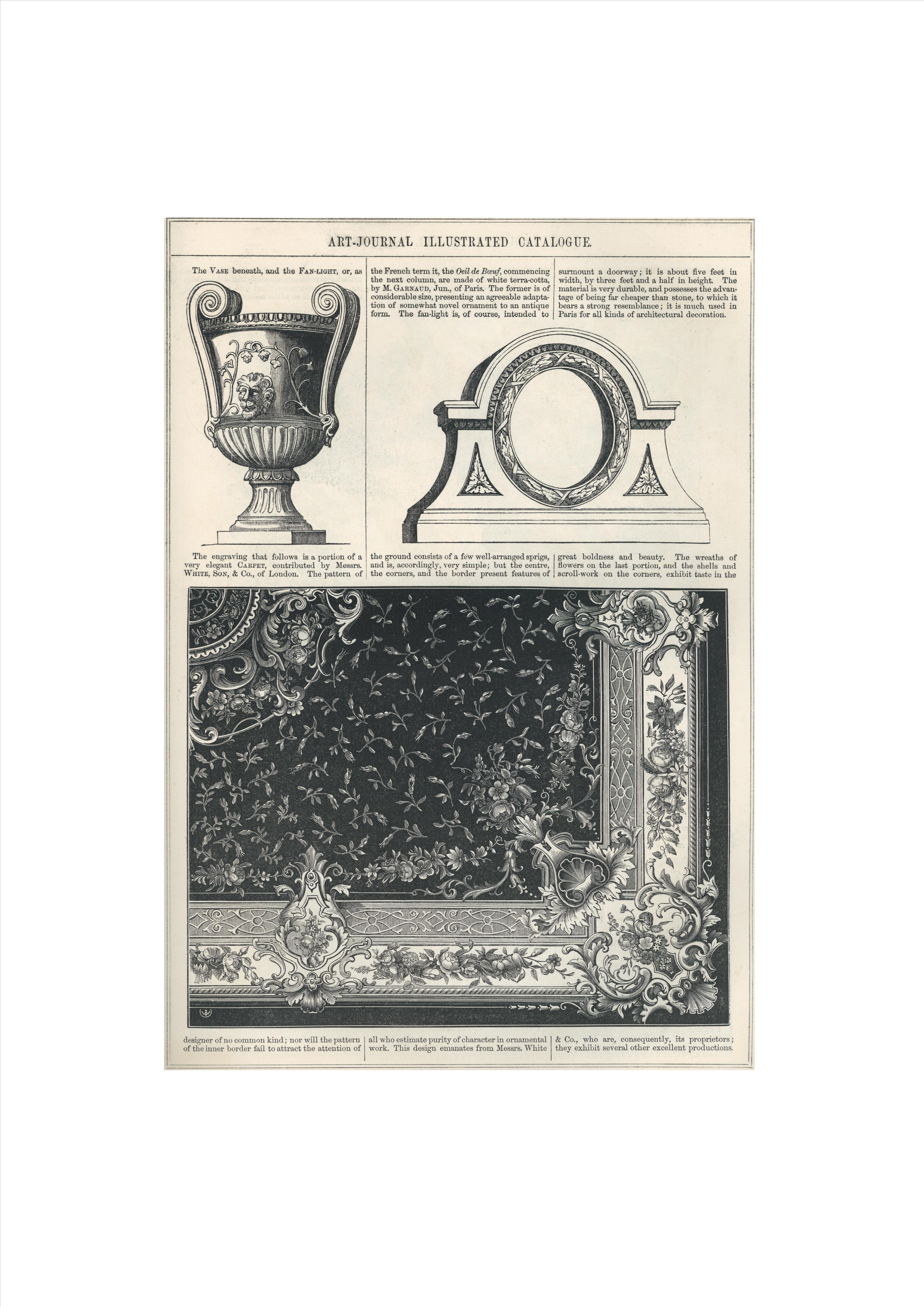