The Chronicles of Crime

François Courvoisier cut the throat of his master, Lord William Russell, and was sentenced to hang outside Newgate Prison on 6 July 1840. Dickens attended the execution along with 40,000 others, including Thackeray. Although Dickens attended four public executions during his lifetime, he disliked them as spectacles. On capital punishment, he was ambivalent, as expressed in a letter written in 1864: ‘I should be glad to abolish both [public executions and capital punishment] if I knew what to do with the Savages of civilization. As I do not, I would rid Society of them, when they shed blood, in a very solemn manner but would bar out the present audience.’ A full account of the Courvoisier case is in volume II of Chronicles of Crime (1887), which is superbly illustrated by ‘Phiz’.

[Page 582 from Camden Pelham's The Chronicles of Crime; Or, The New Newgate Calendar. Vol. II.] 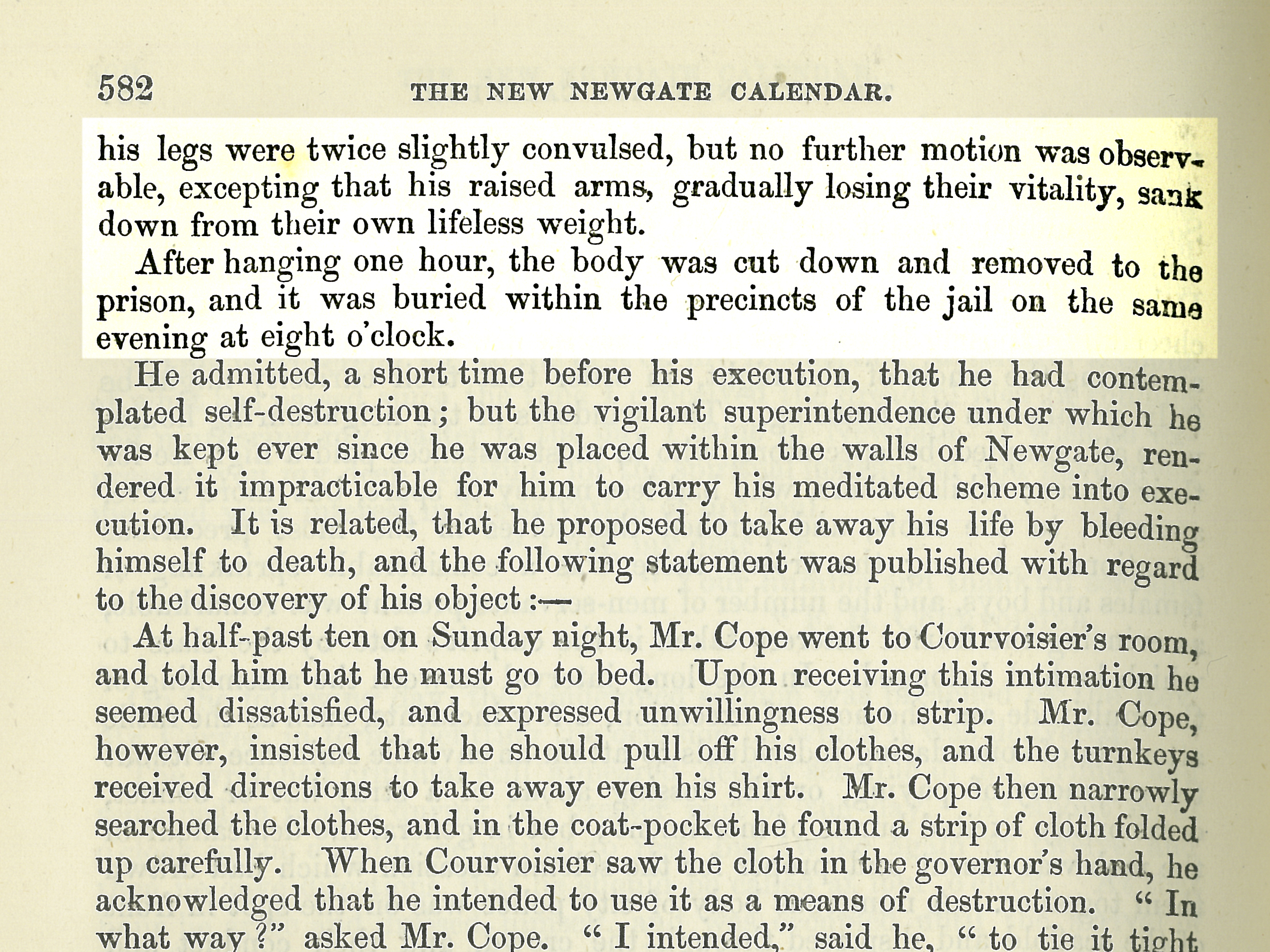