Even before finishing Pickwick Papers, Dickens had contracted himself to edit Bentley’s Miscellany and provide a serial story – all for the sum of £20 a month. In the second number began Oliver Twist, Dickens’s second novel. It was serialized in 24 monthly instalments between February 1837 and April 1839, with production faulting for a month due to the death of Mary Hogarth. In the Miscellany (as displayed), the story was set in ‘Mudfog’, later altered to ‘a certain town which for many reasons it will be prudent to refrain from mentioning.’ George Cruikshank provided the illustrations, including this memorable one of Oliver asking for more gruel.

[Oliver asking for more. Illustration by George Cruikshank, opposite page 105 in Charles Dickens's ‘Oliver Twist’, in Bentley’s Miscellany. Vol. I.] 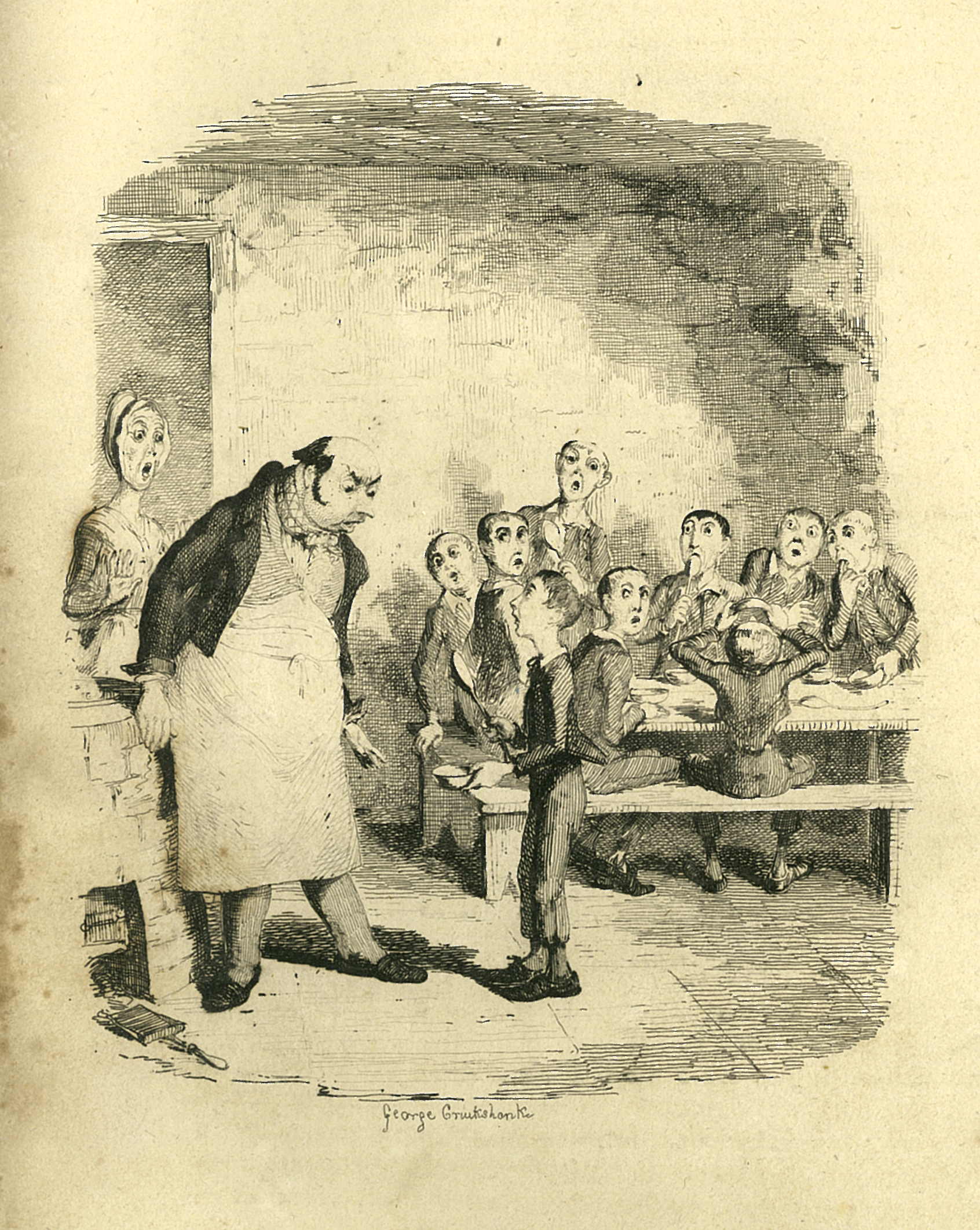