The heavy writing schedule that Dickens faced during the creation of Oliver Twist necessitated textual alterations to later printings. The most noticeable was the toning down of anti-Semitic references, especially to the character Fagin, based on the real-life criminal Ikey Solomon. Dickens had referred to Fagin as the ‘merry old gentleman’ or simply the ‘Jew’; in later editions, the mention of ‘Jew’ is much reduced. Oliver Twist is famous for revealing Dickens’s traumatic experience in the Blacking Factory. It not only contains unforgettable characters such as Mr Bumble, the Artful Dodger, Sikes and Nancy, but also his satirical swipes at the workhouse system, and the legal system that administered it. Here Cruikshank’s Fagin awaits his fate. 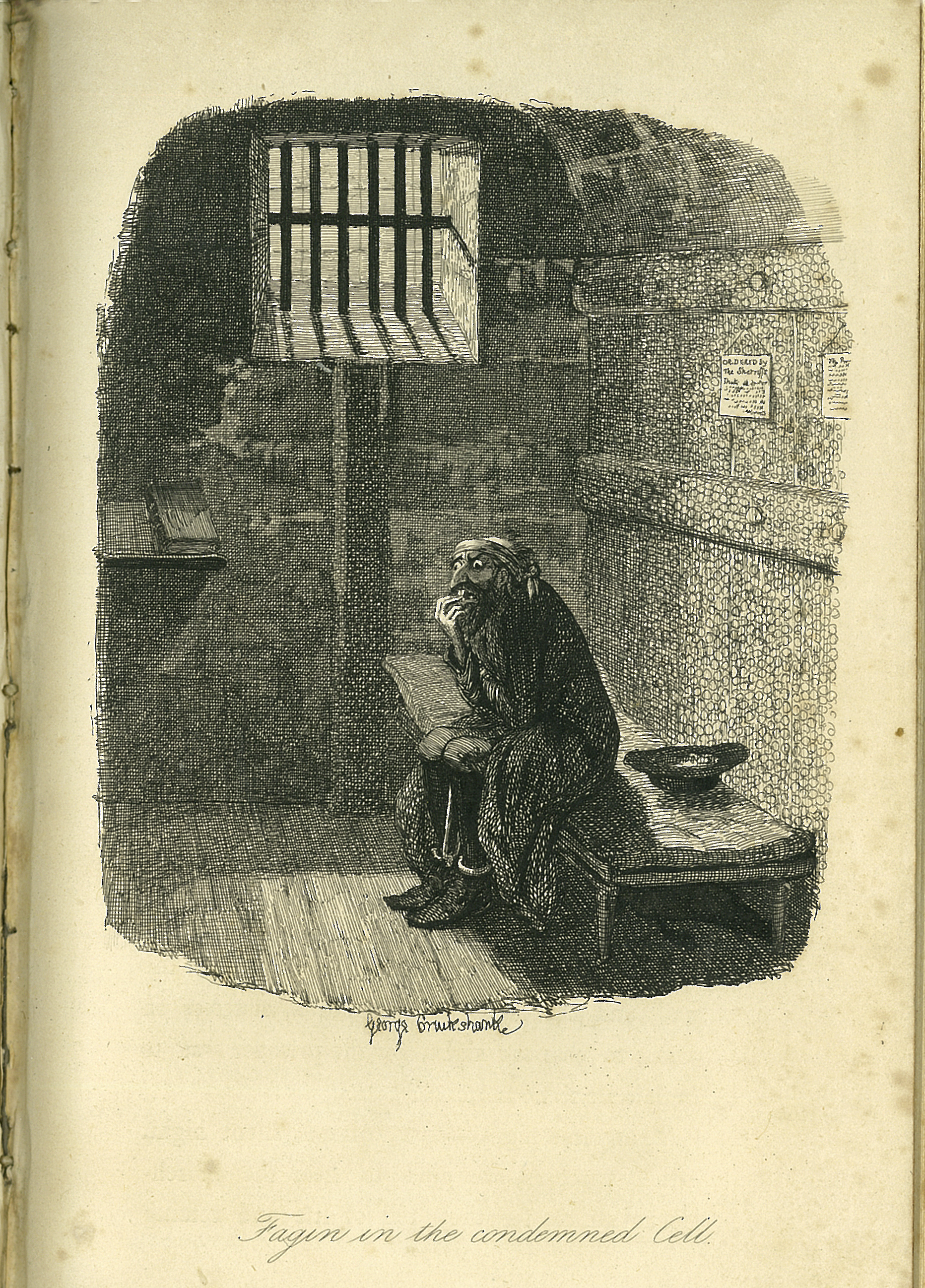