The Life and Adventures of Nicholas Nickleby

By February 1838, Charles Dickens had begun Nicholas Nickleby, his third novel. Published serially between April 1838 and October 1839, he was paid £150 per number, with a bonus offered of £1500 on completion. The soon-to-be-more-famous Hablot Knight Browne (‘Phiz’) illustrated the novel. There was fieldwork involved. In 1838, both men travelled to Yorkshire to look at schools; Dotheboys Hall was the reconstituted literary result. This first book edition also contains Daniel Maclise’s engraved portrait of Dickens as well as coloured plates by ‘Peter Palette’, a pseudonym for Thomas Onwhyn, a later Punch illustrator.

[The internal economy of Dotheboys Hall. An illustration by Hablot Knight Browne in Charles Dickens, The Life and Adventures of Nicholas Nickleby.] 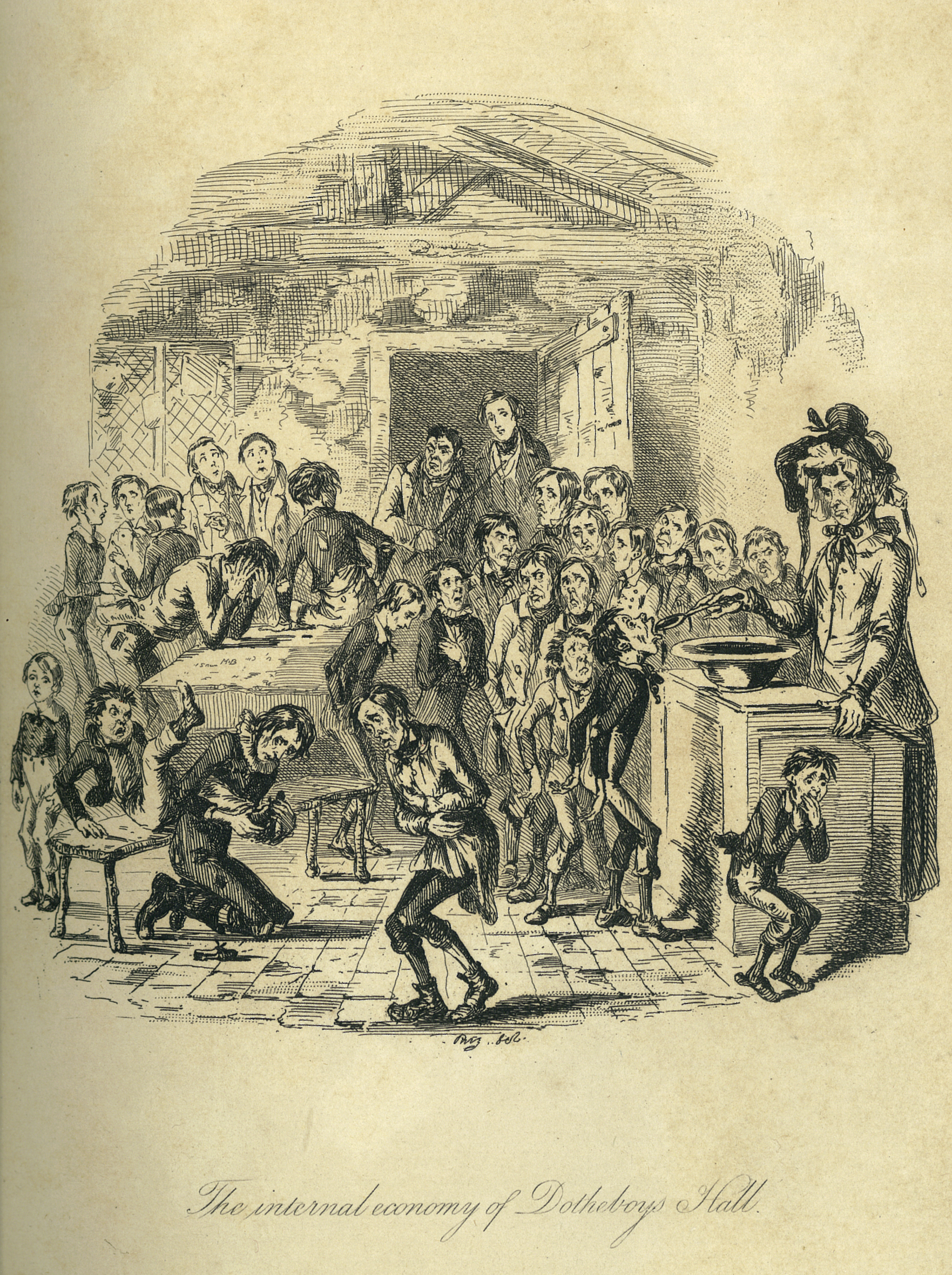