In 1850, the Times began publishing articles exposing the Court of Chancery, and the quagmire-like delays and proceedings inherent in the legal system. Here was Dickens’s opportunity. In Bleak House, his ninth novel, he attacked the abuses in the Courts, and continued his portrayal of London slums. Again ‘Phiz’ (Dickens’s ‘cher Brune’) illustrated the novel, which among others featured Esther Summerson, Mrs Jellyby, Krook (who dies by spontaneous combustion), Jo, and Sir Leicester Dedlock. The first instalment of 25,000 copies sold out and had to be reprinted; Dickens himself wrote: ‘It is an enormous success’. On display is the first printing of the first book edition, which sold for one guinea (£1 1s). 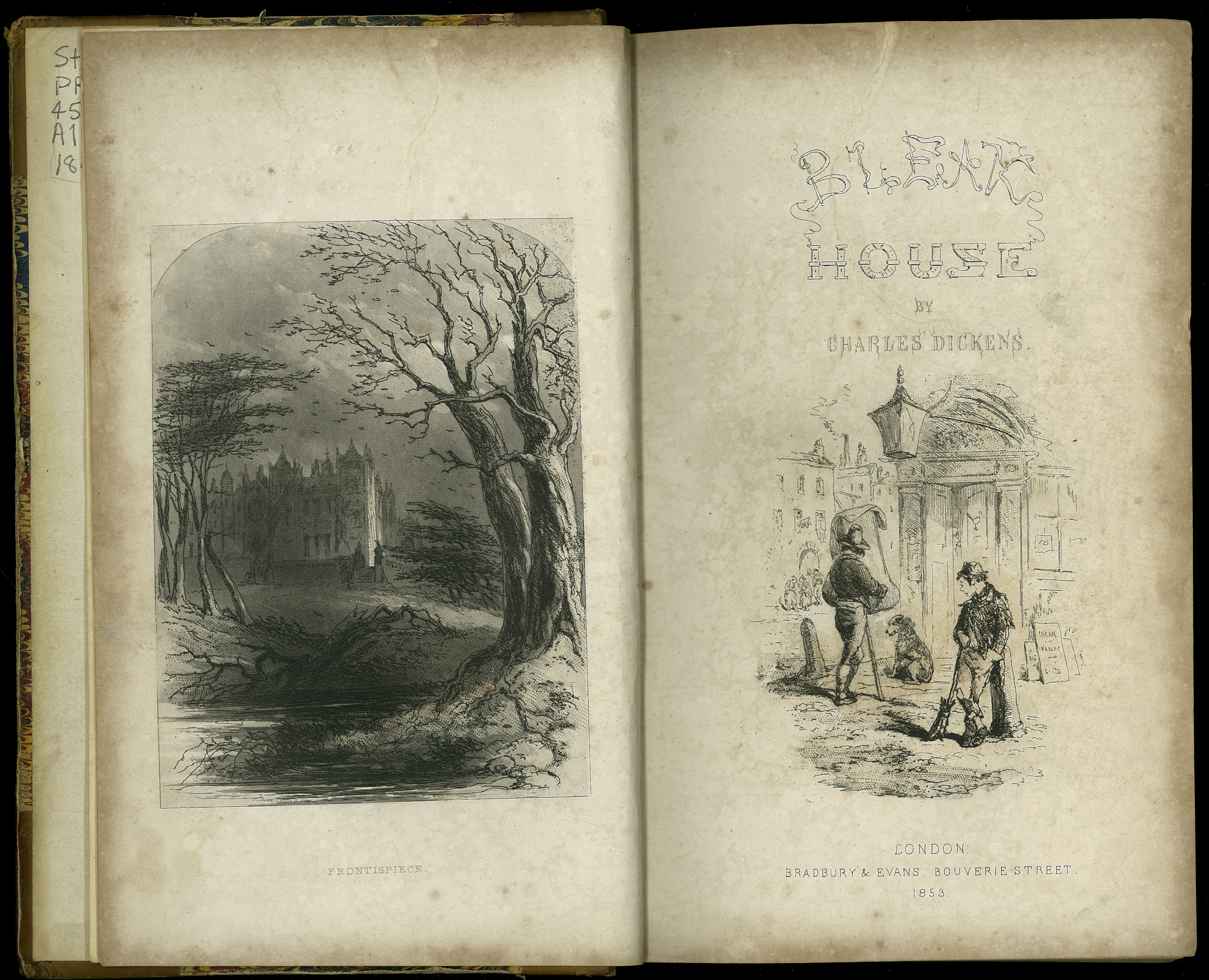