Reproduced Map of New Zealand originally drawn in chalk on the floor by two Maori Chiefs, Tuki Tahua and Ngahuruhuru, at Norfolk Island.

Reproduced Map of New Zealand originally drawn in chalk on the floor by two Maori Chiefs, Tuki Tahua and Ngahuruhuru, at Norfolk Island, 1793.

In May 1793, Tuki Tahua and Ngahuruhuru, two Northland Maori chiefs were kidnapped and taken on board the ship Daedalus. These young chiefs were kidnapped for the purpose of teaching convicts on Norfolk Island the techniques for manufacturing flax. Tuki and Ngahuruhuru stayed on Norfolk Island from May to November in 1793. By all accounts they were treated as guests by Lieutenant-Governor King, lived in Government House, ate at the Governor's table and were excused from manual labour.

Unfortunately, relatively little information about working with flax was passed on. This was due to the poor quality of Norfolk Island flax and the fact that flax manufacturing within Maori society was a skill, which women traditionally mastered.

However, the most remarkable achievement of the kidnapping was the production of Tuki's map; a unique record of Maori thinking. The map was originally drawn in chalk on the floor in Government House. Other maps were produced in this early contact period, but Tuki's is unique because it includes social, mythical and political information written at his dictation.

Two significant features of Tuki's map are the 'spirits' pathway' (Te Ara Whaanui) running the length of the North Island to Te Reinga (Cape Reinga) the spirits' place for leaping off into the underworld; and 'Poenammoo' (Te Wai Pounamu -The South Island) identified with information about two important natural features, a tree and a lake - presumably the greenstone waters of Te Waipounamu.

This is a reproduction of Tuki's map; the original is held in the Public Record Office in London. 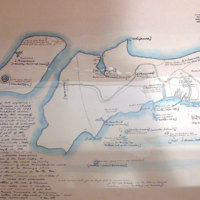 He Tirohanga Ki Muri: A View of the Past 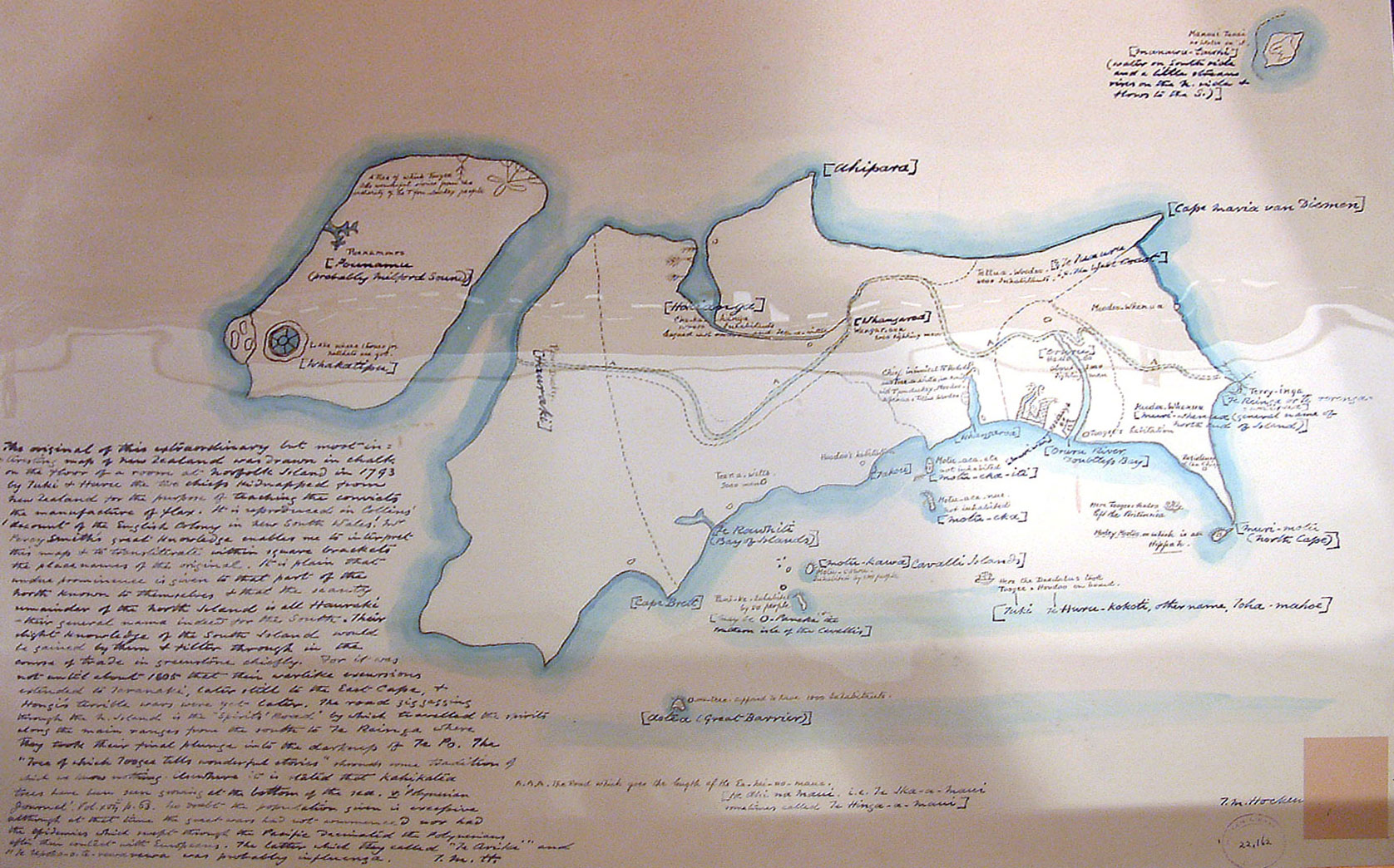