Abraham Ortelius (1527-98), rightly called the 'Father of Modern Cartography', developed the idea of assembling a compendium of maps to form an atlas. The first edition of his "Theatrum Orbis Terrarum" was published in 1570 and it was a great success. This facsimile edition depicts China and Japan, albeit with a rather bulbous island of Honshu, and a much diminished and broken version of Hokkaido, Shikoku and Kyushu. Ortelius prided himself on using the best possible sources for the maps and the textual descriptions; later sixteenth century editions depicted the Great Wall of China. 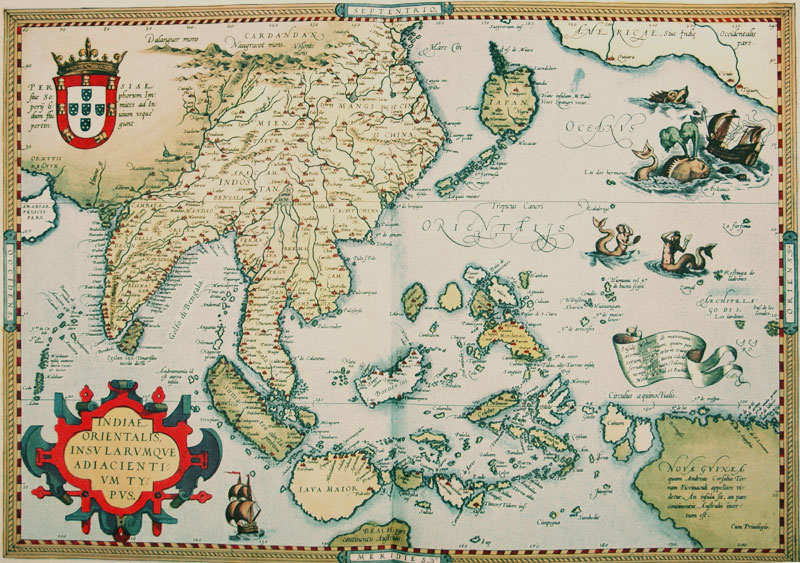