Signing of the Treaty of Teintsin.

Lawless proceedings in the Canton river, the city of Peking, joss-houses, the Roman Catholic mission, military promenades at Shanghai, the Yangtze, Chinese prostitutes, first views of Deshima and Nagasaki (Japan), the persecution of Christians, Japanese women, art wares, opium and tea producing districts. All of this and more is covered in Laurence Oliphant's account of the special mission to China and Japan as Private Secretary to the Earl of Elgin during the years 1857 to 1859. The main purpose of the mission was the signing of treaties opening up both countries to British trade. The Treaty of Tientsin (China) was signed on 26 June 1858, which opened new ports to trading, permitted foreign legations in Peking (Beijing), allowed Christian missionary activity, and legalised the import of opium. The United States and Russia gained similar privileges in separate Treaties 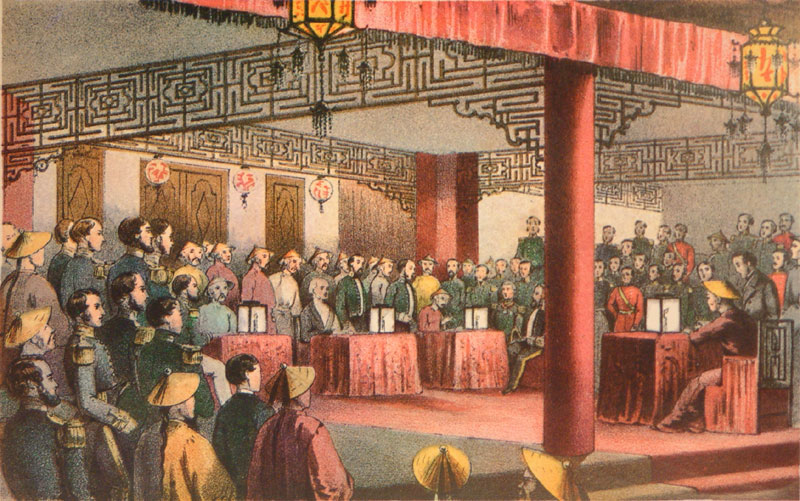