Making a Fist of It: Poems & Short Stories

In 1974, Hone Tuwhare held the Burns Fellowship again, this time for a full year. He spent his tenure putting together a collection of previously published poems for Something Nothing: Poems (1974). He also wrote for a new collection, which culminated in this volume, Making a Fist of It. Throughout his career, Tuwhare toured the country, reading his poetry to audiences in his resonant and distinctive voice. He moved to Kaka Point in the Catlins in 1992, and is now remembered as one of New Zealand’s most important poets. 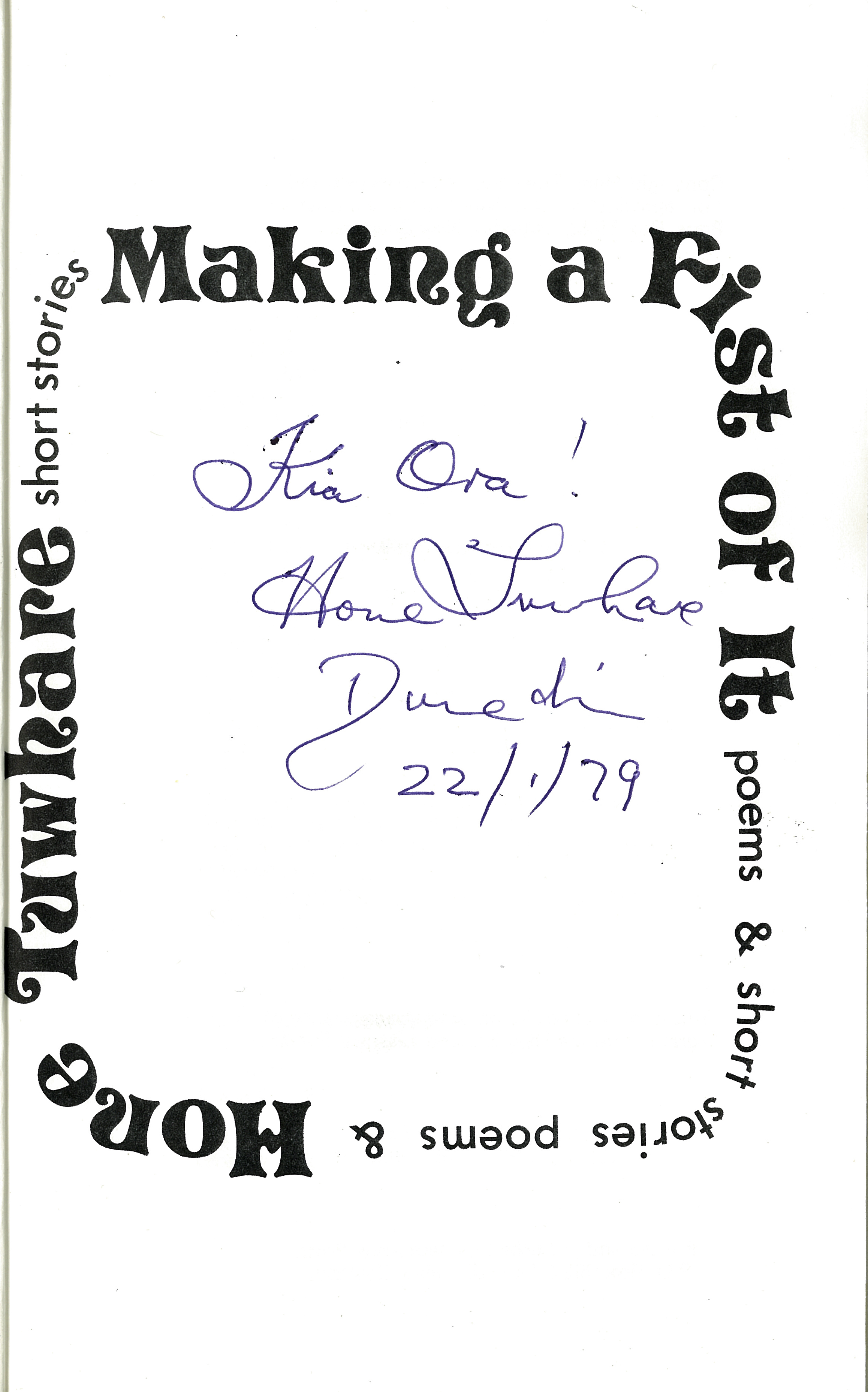