According to Charles Brasch’s journal entry for 8th June, 1969, it took Warren Dibble a few months to find his feet as the Robert Burns Fellow. Brasch comments that Dibble only ever felt ‘at ease’ on the stage which is where he spent a lot of time during his tenure. He also collaborated with artist, Ralph Hotere, and joined Hone Tuwhare for poetry readings. Dibble called his Burns Year a ‘kickstart’, in that he began works that he was never brave enough to attempt before. Dibble left New Zealand for Australia in the 1970s. This letter was written by Dibble to Special Collections Librarian, Dr Donald Kerr, regarding the exhibition held for the 50th Anniversary of the Robert Burns Fellowship. 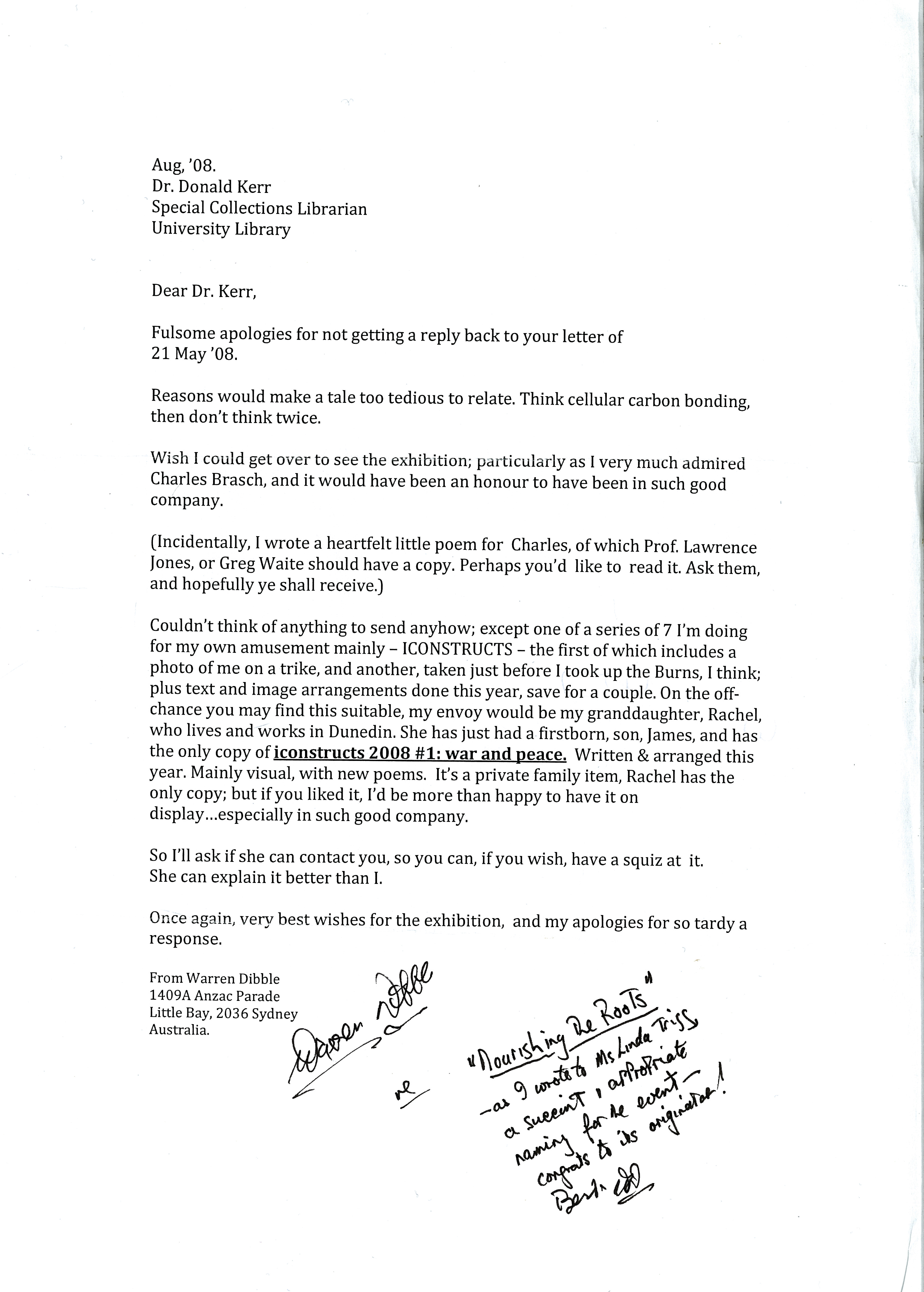