‘Far From the Madding Crowd’ in The Cornhill Magazine

In 1874, when Thomas Hardy’s Far from the Madding Crowd was published in the Cornhill Magazine, readers were shocked at some of the work’s sexually explicit scenes. Although the Cornhill received complaints, Hardy’s work continued to be in demand. The twelve illustrations accompanying the tale were by Helen Paterson Allingham, a watercolourist whose work also appeared in the Graphic. The scene depicted here shows the farmer William Boldwood on the verge of proposing to the novel’s complex heroine, Bathsheba Everdene. 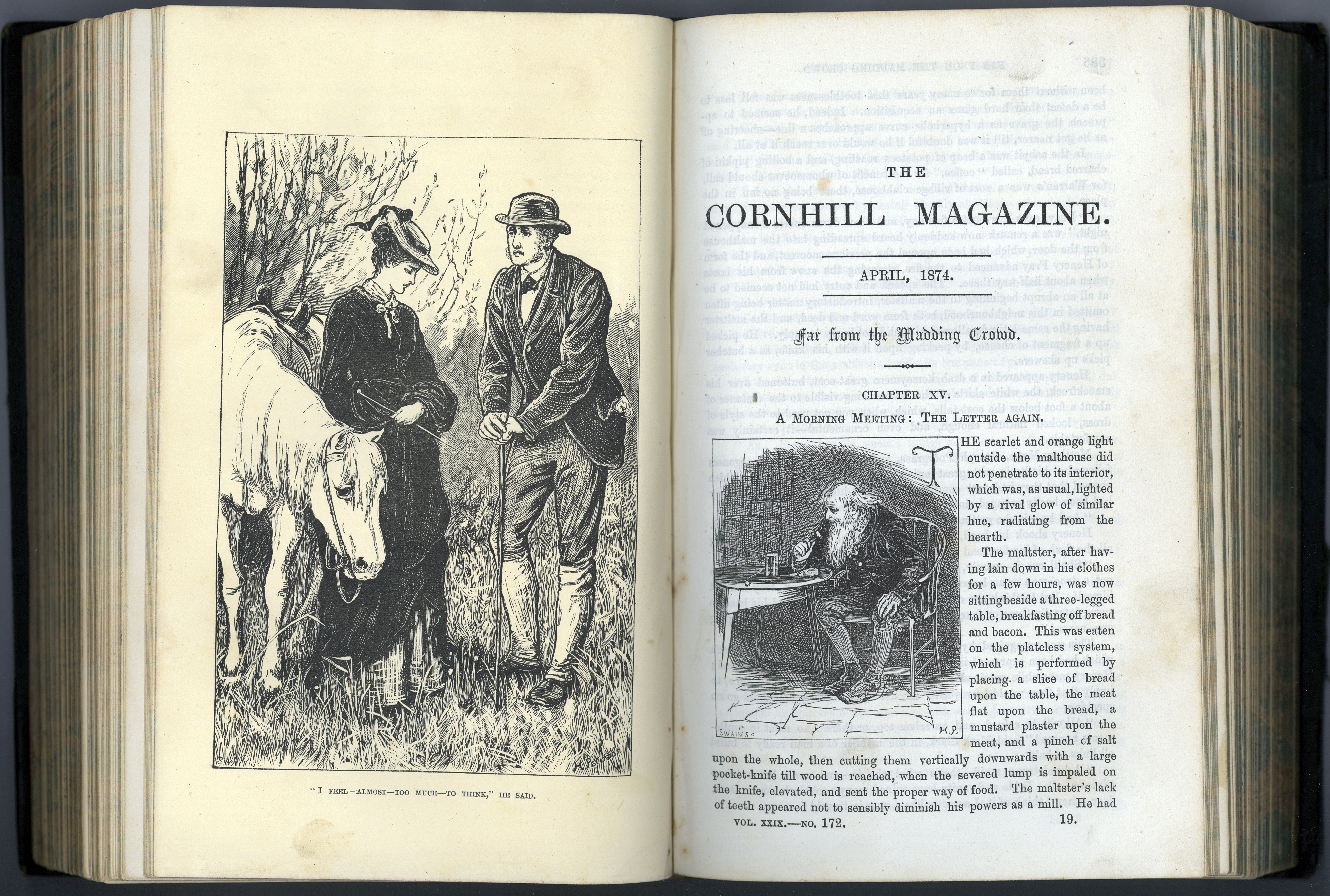