Rebacked calf with animals and Christ-like figure blind stamped on covers.
Aldus Manutius (14501515) was a Venetian printer. He was educated as a humanistic scholar and became tutor to several of the great ducal families, namely the Pio family. It was they who provided him with money to establish a printery in Venice in 1494/5. He devoted himself to publishing the Greek and Roman classics, in editions noted for their scrupulous accuracy; a five-volume set of the works of Aristotle, completed in 1498, is the most famous of his editions. He was especially interested in producing books of small format for scholars at low cost. He designed and cut the first complete font of the Greek alphabet and to save space in Latin texts he designed the italic type. He was ably assisted by the designer Francesco Griffi, also called Francesco da Bologna. Alduss books are called Aldine and most bear his mark: a dolphin and an anchor. A son, Paulus Manutius (151274), and a grandson, Aldus Manutius (154797), carried on the business.

A first edition of the first Greek grammar explained in Latin, which, even in 1499, had become so rare that Erasmus wrote in a letter that it was impossible to procure a copy. Its publishing details were announced in Aldus's edition of Perottus's Cornucopiae from August 1496; Jan. 1497 is therefore a more likely date than Jan. 1498. See BMC V 558 for note on the year of printing. For creating the first Greek Grammar in Latin, the author, a tutor to Leo X, earned the distinction of having a medal struck in his honour. He died in 1524. 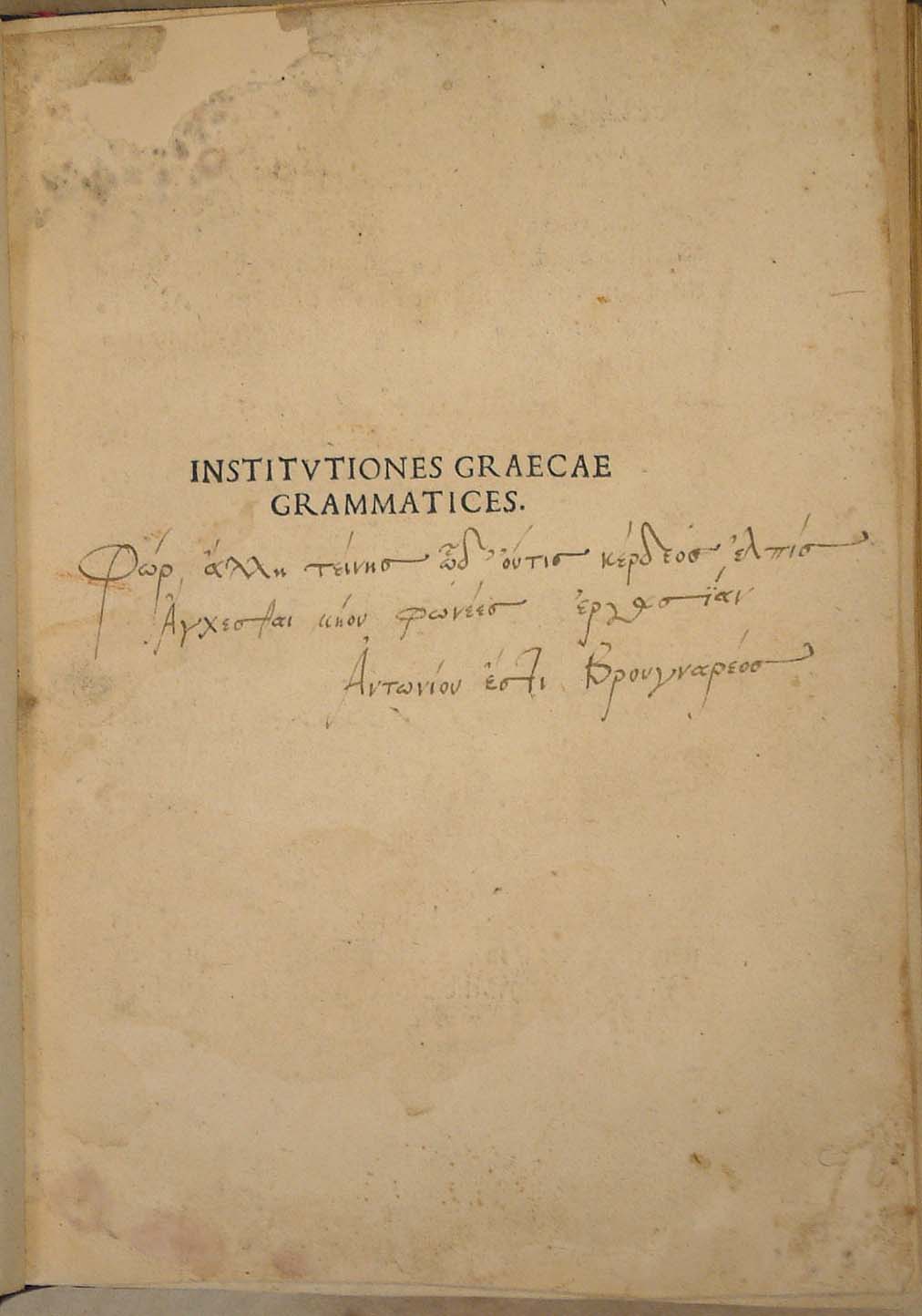 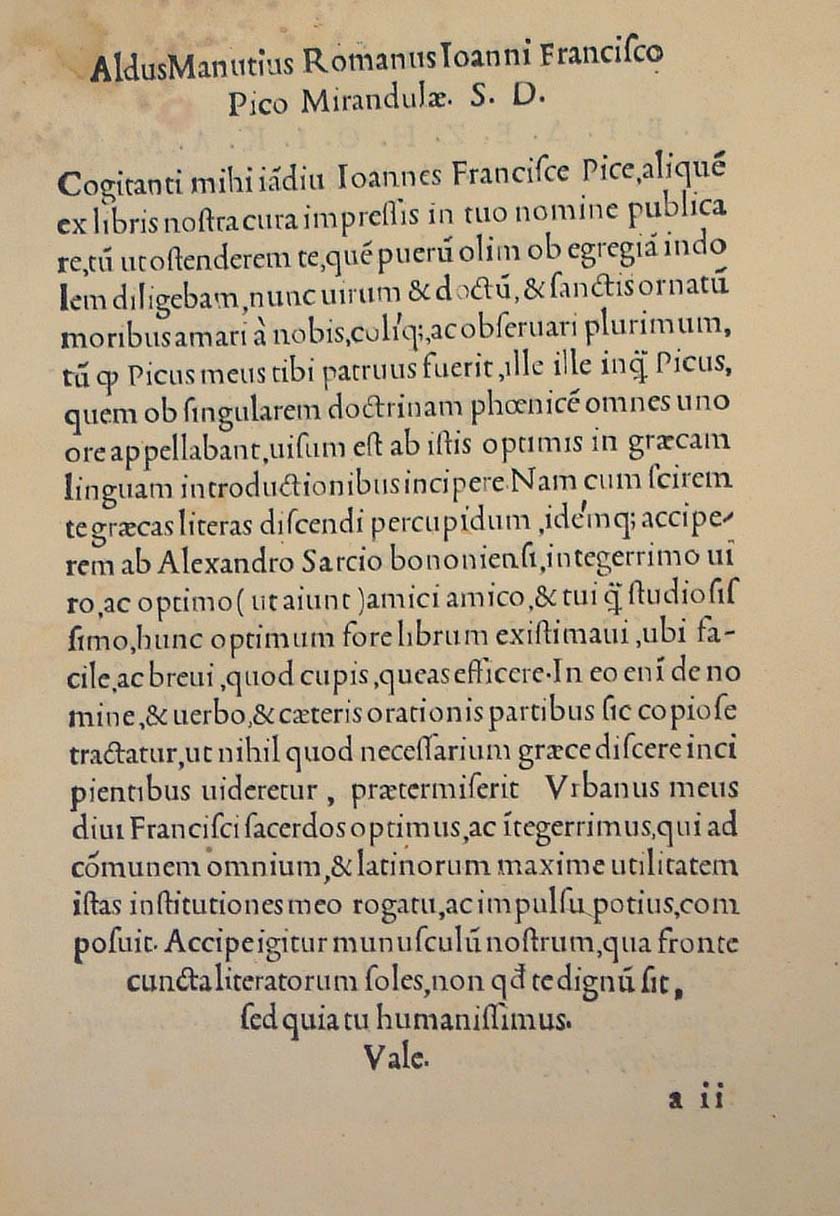 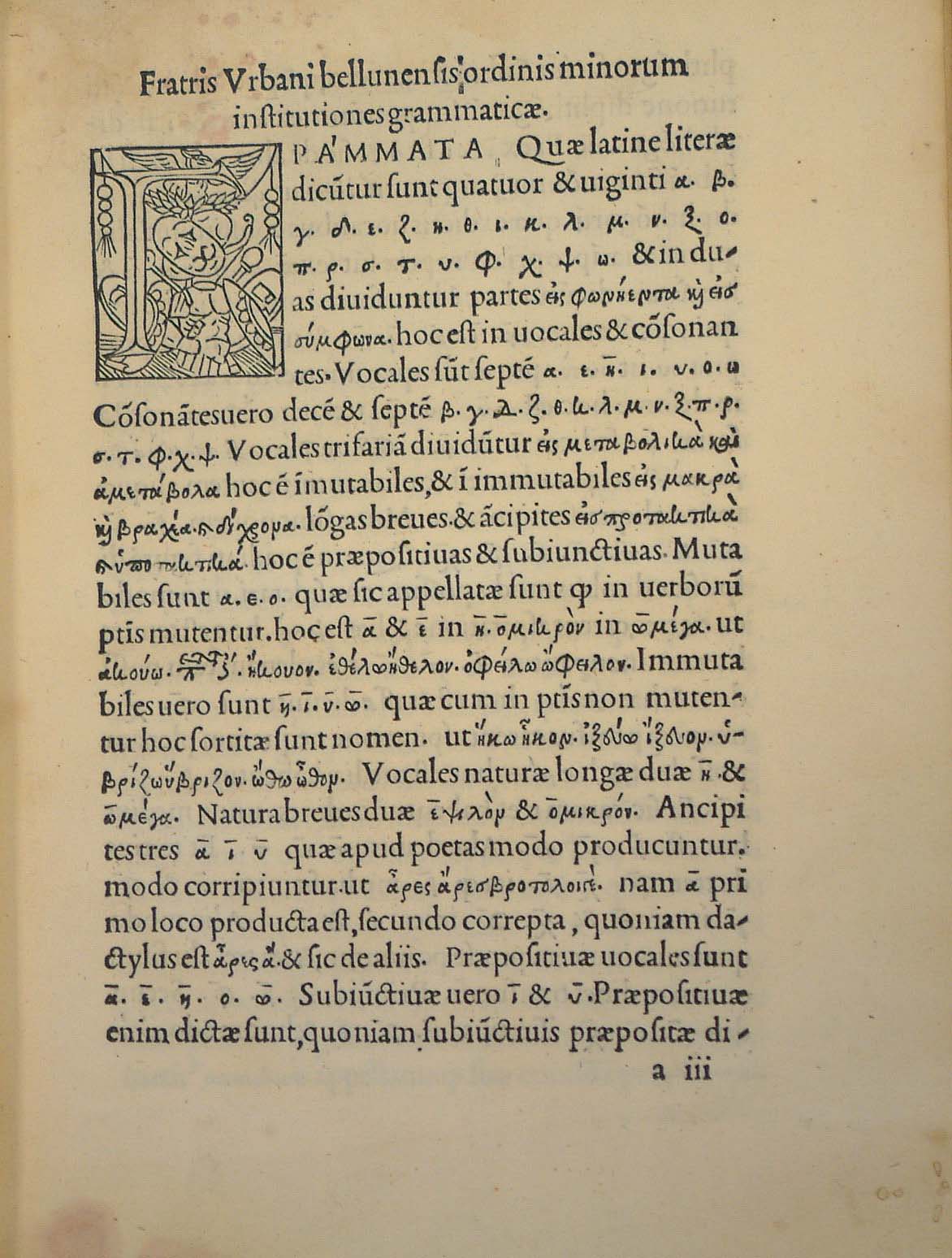 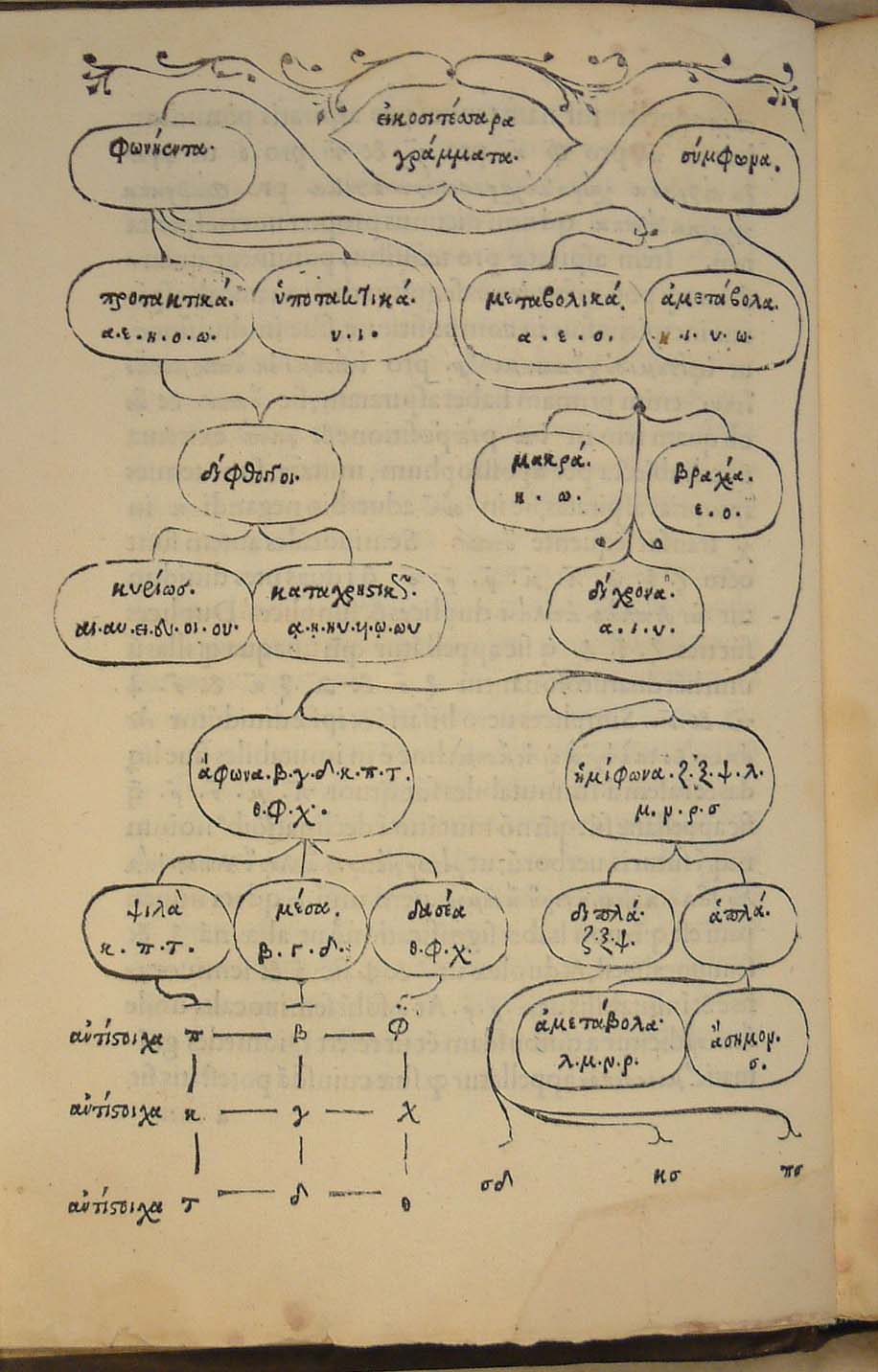 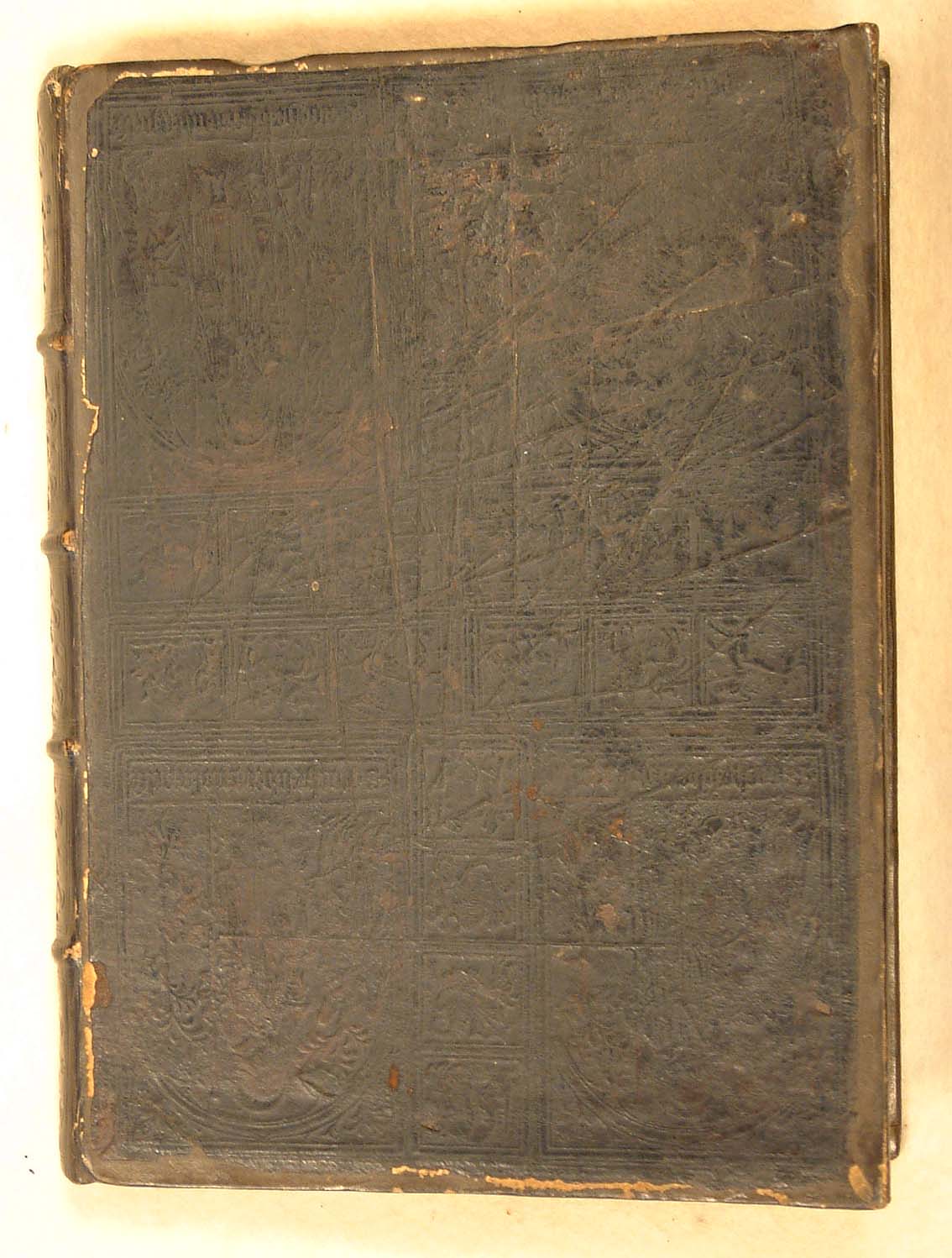 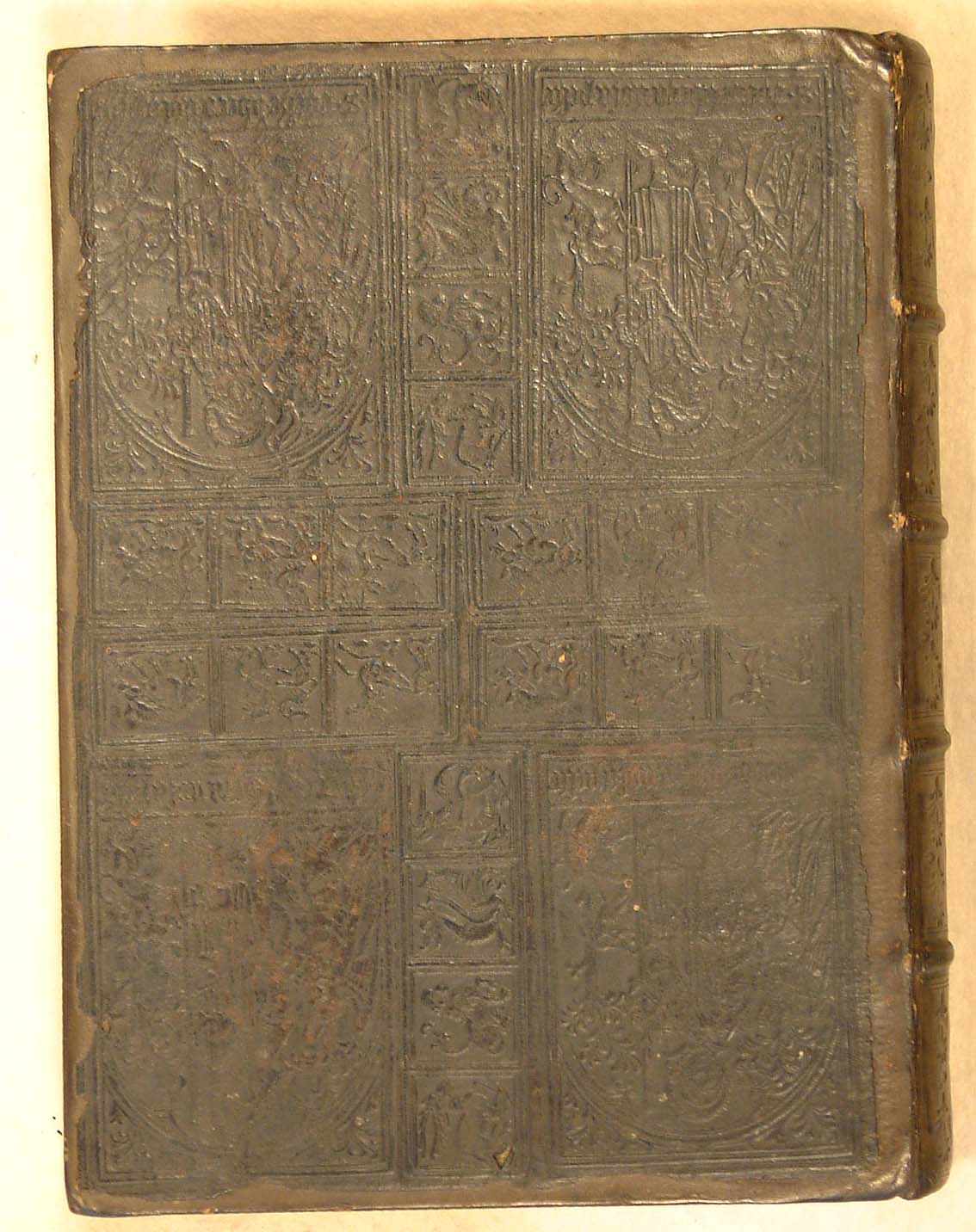 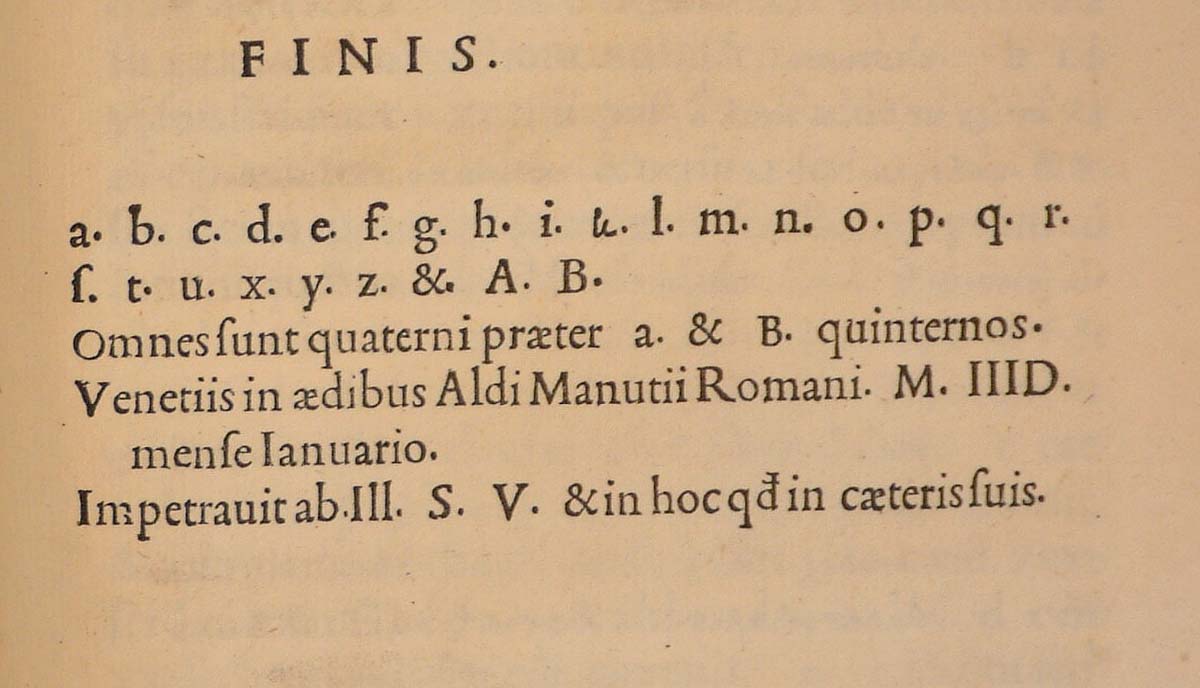 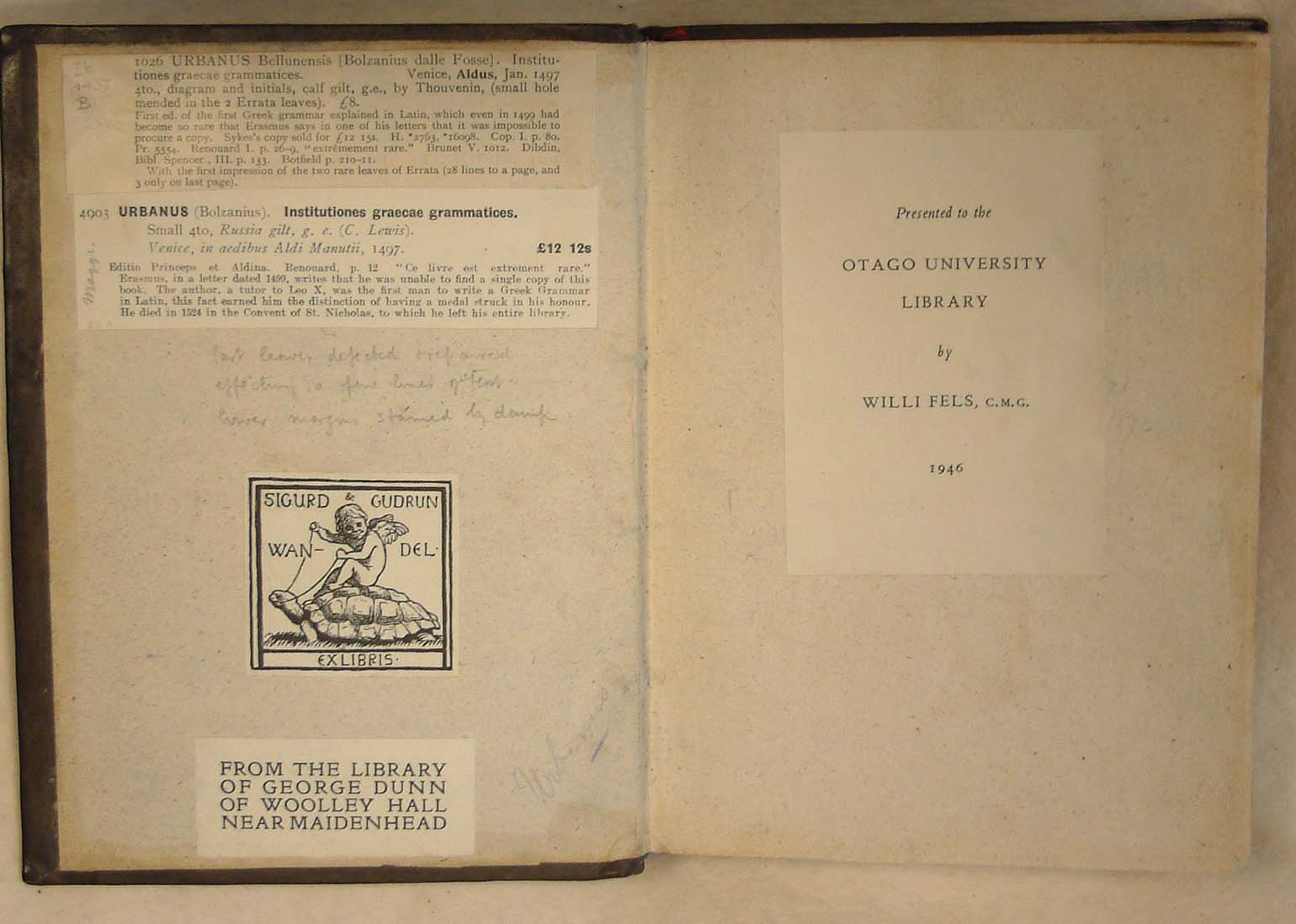