The antiquities of Athens, measured and delineated

The antiquities of Athens, measured and delineated. Volume 2

In 1742 James Stuart went to London where he met Nicholas Revett. With support from English travellers and residents in Rome, they raised funds and issued proposals for a ‘new and accurate description of the Antiquities &c. in the Province of Attica'. Like Fréart de Chambray, Stuart believed that Greece, not Rome, should be the paragon. Between 1751 and 1753 the two Englishmen painstakingly surveyed the buildings of Greece. This, the much awaited volume of 1762, describes minor buildings. Though it fell short of expectation it did have significant impact. Over the next fifty-four years three subsequent volumes were published fuelling the ‘gusto Greco'.

Published shortly after James Stuart's death, the acclaimed second volume of The antiquities of Athens … was devoted to the Acropolis. This is dealt with in the precise, if somewhat lifeless, neoclassical spirit. Both Stuart and Revett were members of the Society of the Dilettanti which had been formed in 1732 as a convivial meeting group for Englishmen on the Grand Tour. By the 1760s, the society sponsored archaeological expedition and publication. It produced the two volume Ionian Antiquities in 1769 and 1797. 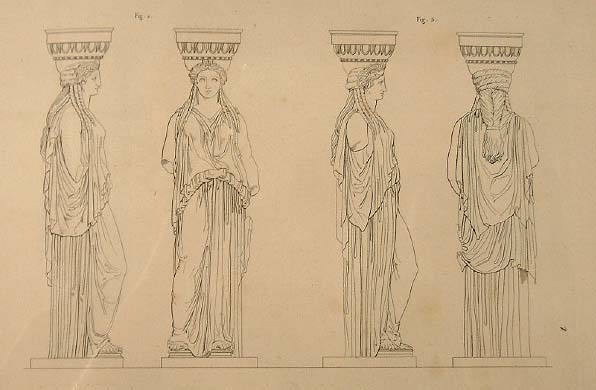