The Gold fields of Otago, A.H.'s Jottings 1865 with Lithographic Illustrations.

'Memoranda of Otago Gold diggings and of Gold Diggers, from personal inspection and reliable information written in March 1865'

The manuscript contains photographs, newspaper cuttings and samples of the local vegetation and the local gold. In the first part the author describes the characteristics of professional diggers and provides a 'diggers phraseology'. There are detailed descriptions of the Waitahuna and Tuapeka diggings, observations about transport to the fields, and on the process of digging for gold. Houston has also written up 'Mr B's Narrative' of the first rush to Gabriel's Gully, also titled "An Adventure in Going to and Returning from the Otago Gold Fields".
The second part of the manuscript titled 'Tour in Otago, New Zealand, 1864/65' contains descriptions of Taiaroa Head and Dunedin Harbour, Port Chalmers and Dunedin 'City'. There are sections commenting on Dunedin's legislation, house fires, streets, vehicles & stables, vegetation, police, churches, business failures, trade depression and food prices. Houston also provides a dictionary of colonial phrases and comments on other sections of his stage coach journey south to: Taieri Bridge, Tokomairiro, the Clutha River and Balclutha, Warepa district, and the Kaihiku Ranges. It is interspersed with observations on soil fertility, vegetation eg. the Tutu vine, and farming.
The folder contains a photograph of Gabriel's Gully, Map of Queenstown area, 1864, 1865 map of Otago and other illustrations, and 'Reports of the the Mining Surveyors for the quarter ending June, 1864' / Province of Otago. 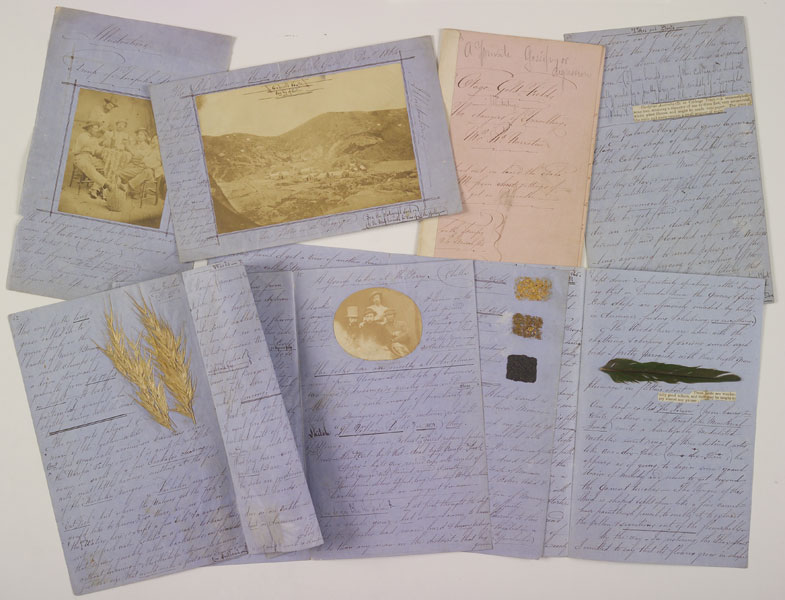 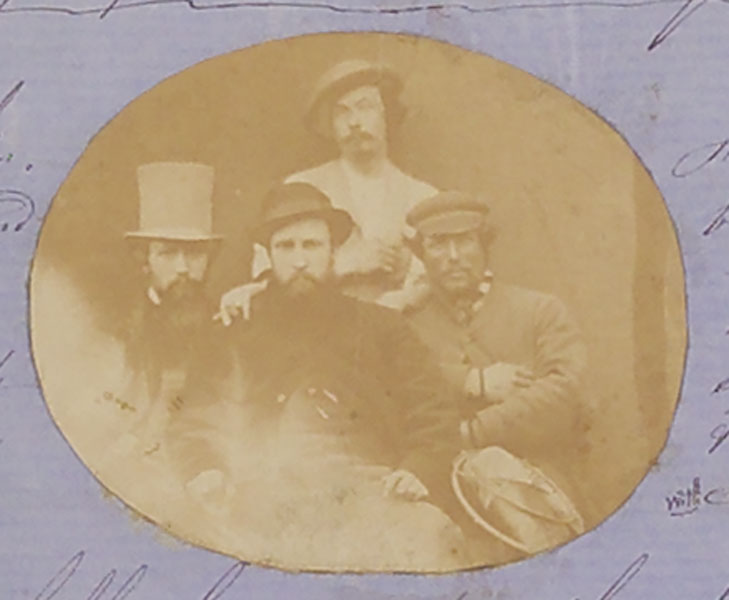 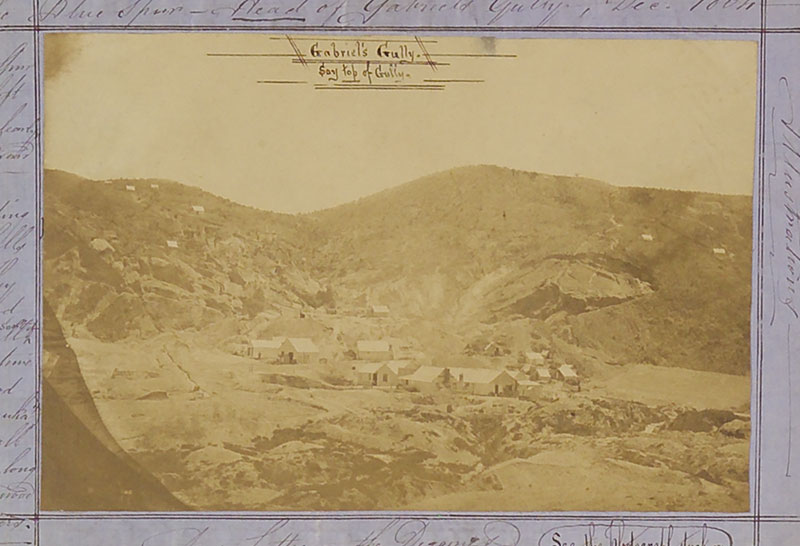 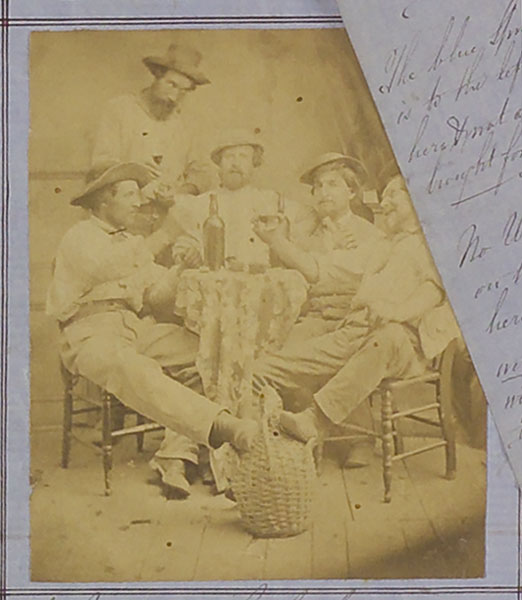