Maori is my Name: Historical Maori Writings in Translation

John Caselberg came to Dunedin in the 1940s to study medicine at Otago; he did not complete his degree. Around the same time, he became friends with some of the talented, artistic coterie that inhabited Dunedin in the form of James K. Baxter, Charles Brasch, and Colin McCahon. In the early 1950s, Caselberg published his first book of poems, and Brasch published some of his stories in Landfall. He wrote in several genres – plays, poetry, short stories, biography – and took up the Burns Fellowship in 1961. This enabled him to research archives at the Hocken Library that contributed to this anthology, Maori is My Name. 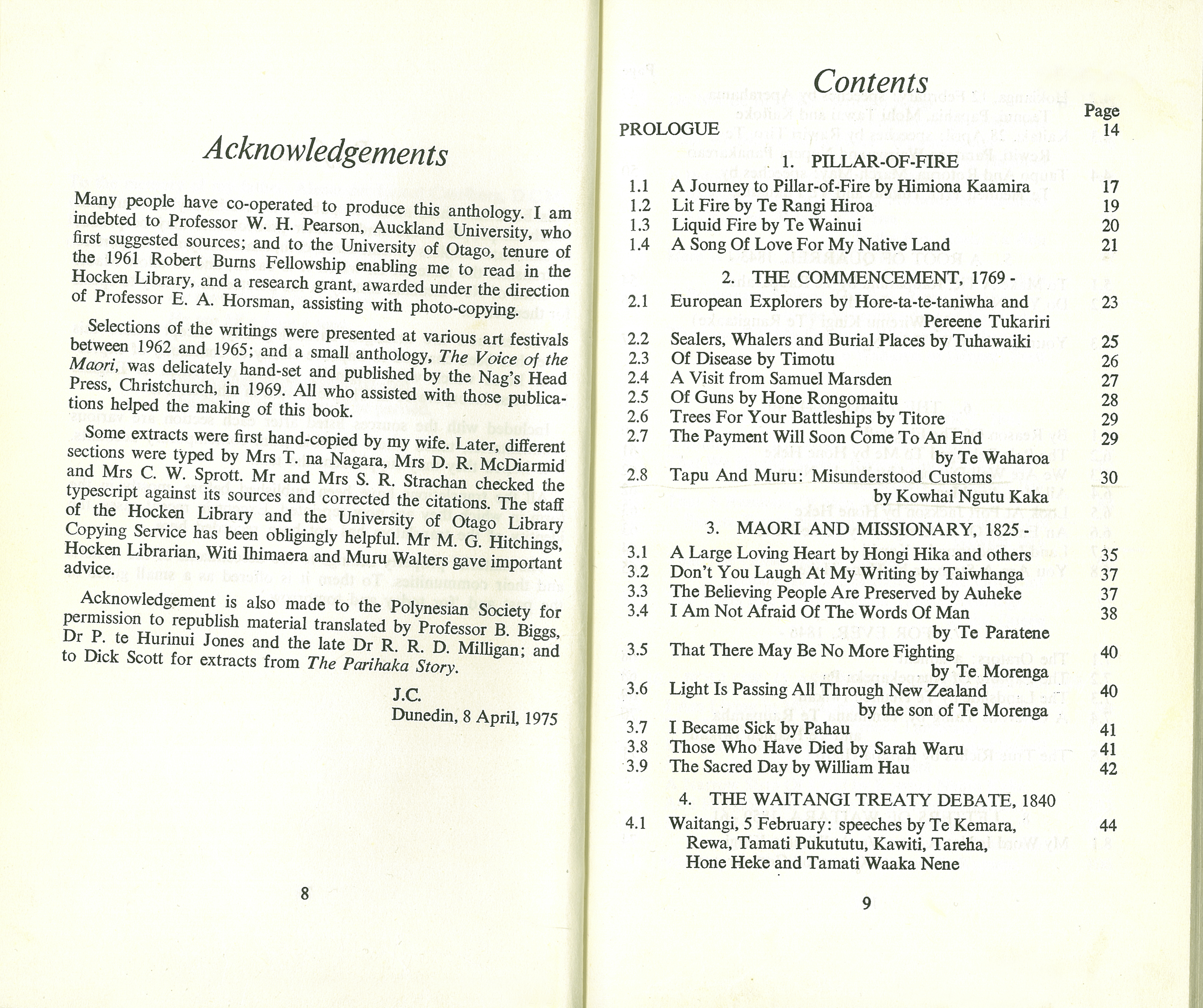